Group offers reward in death of monkey at Kansas zoo 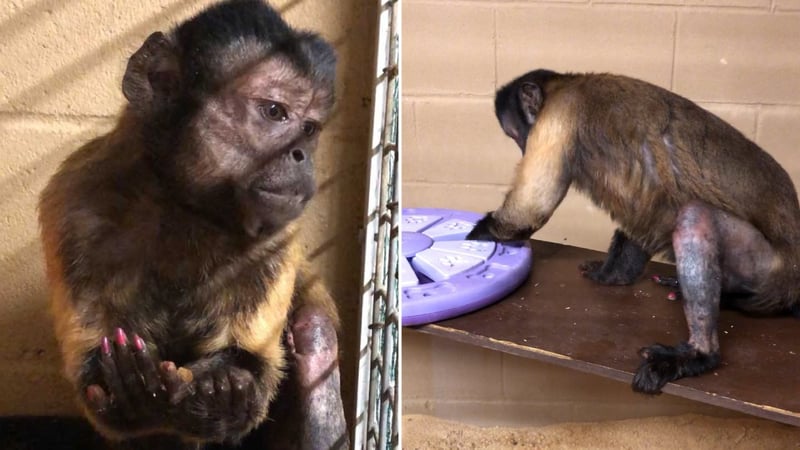 An animal protection organization is offering a $2,000 reward for information in the death of a capuchin money at a western Kansas zoo and calling for the animals there to be rehomed.

The animal, named Vern, died at Wright Park Zoo in Dodge City nearly two months after he was injured while apparently trying to stop an intruder from taking a younger monkey on September 3.

In Defense of Animals is offering the $2,000 reward for information leading to convictions in the case.

“We are offering a $2,000 reward to encourage anyone who has information regarding this violent attack, or negligence on Wright Park Zoo’spart which may have made the attack possible, to immediately come forward and relay it to the Dodge City Police Department,” said Marilyn Kroplick M.D., President of In Defense of Animals. “Violent criminals often practice their cruelty on animals before hurting humans. The perpetrators must be caught before they harm anyone else.”

Vern was hurt and his son Pickett was found on the outskirts of Dodge City. The younger monkey was not injured. Vern underwent surgery at Kansas State University Sept. 10 to repair broken bones.

In Defense of Animals says Wright Park Zoo has received over 40 citations from the USDA, some including violations related to "lax security and unsafe enclosures."

“Wright Park Zoo has a history of failing to keep animals safe and healthy,” said Matthew Hamity, In Defense of Animals’ Director of Campaigns and Legislative Affairs.“This avoidable tragedy should be the last to befall the monkeys. We call on the USDA to take heed of its own reports and rehome the animals of Wright Park Zoo to accredited sanctuaries, starting with the capuchins and other primates.”