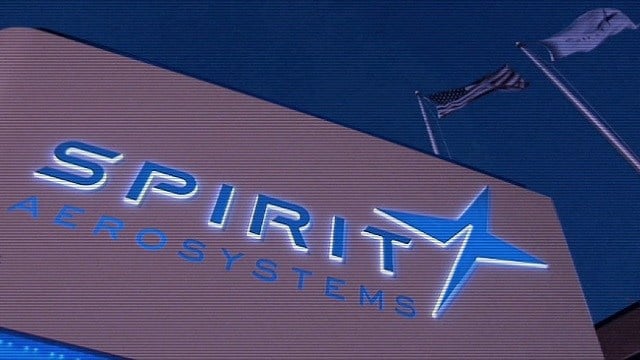 Amid continued uncertainty involving production on the Boeing 737 MAX, Spirit AeroSystems Inc. is taking an initial step to reduce its workforce in Wichita and Oklahoma.

In a memo to employees from CEO Tom Gentile obtained by the WBJ, the chief executive says the company will offer all eligible union-represented employees in Wichita and at sites in Tulsa and McAlester, Okla., voluntary layoffs consistent with the terms of their collective bargaining agreements.

The letter says interested eligible employees will be provided additional detail on what the voluntary layoff offer would mean for them individually.

That comes as Gentile tells employees that the company still doesn’t have a finalized plan with the Boeing Co. (NYSE: BA) on when production on the 737 MAX will resume and what the output on the aircraft will be when it does.

“We are discussing different scenarios with Boeing but nothing has been decided,” Gentile wrote. “This continued uncertainty has forced us to evaluate all of our options for reducing costs and means we will likely have to make many difficult decisions in the days and weeks ahead that will involve reductions in the size of our workforce to align to expected lower levels of production when production resumes.”

A company spokesperson said in an additional statement provided to the WBJ that no actions beyond those voluntary layoffs have been finalized.

Spirit (NYSE: SPR), which is Wichita’s largest employer with 13,500 local employees, has yet to announce any furloughs or layoffs related to the pause in local MAX production that was announced late last month.

That decision followed Boeing’s own announced output freeze after it became apparent that work with global regulators to return the MAX to service would stretch into 2020.

The MAX has been grounded since March 2019 following two deadly crashes of the jet in five months that killed all 346 people aboard the aircraft.

While Boeing trimmed its output to 42 per month on the 737 following the grounding, Spirit continued to build at the rate of 52 per month throughout 2019 in a staggered production agreement intended to keep the linchpin supplier healthy in advance of potential future production increases.

The company and its own sprawling local supply base had largely been shielded from the MAX crisis financially in 2019 by that agreement that still had Spirit being paid for excess inventory, including the roughly 90 full fuselages it was still storing in Wichita in inventory when output was halted Jan. 1.

Workers impacted by stoppage at Spirit returned to work on Monday following the company’s holiday break expected to spend the rest of January working on jobs to optimize the production line for the future as it irons out the 2020 production plan with Boeing.

“We remain a proud partner to Boeing on the MAX program and our goal is for the airplane to return to service safely,” Gentile told employees in his latest update. “When it does, we want to be in a position to meeting Boeing’s needs quickly. “We know that many of you are feeling anxious due to the uncertainty we face and we will make every effort to keep you updated, even when we have difficult news to deliver.”

Gentile also said that the company expects to have more information on the situation by the end of this week.

“As difficult as this period is, I remain convinced that ultimately we will emerge as a stronger company, better positioned for the opportunities to serve the commercial and defense aerospace market,” he concluded.