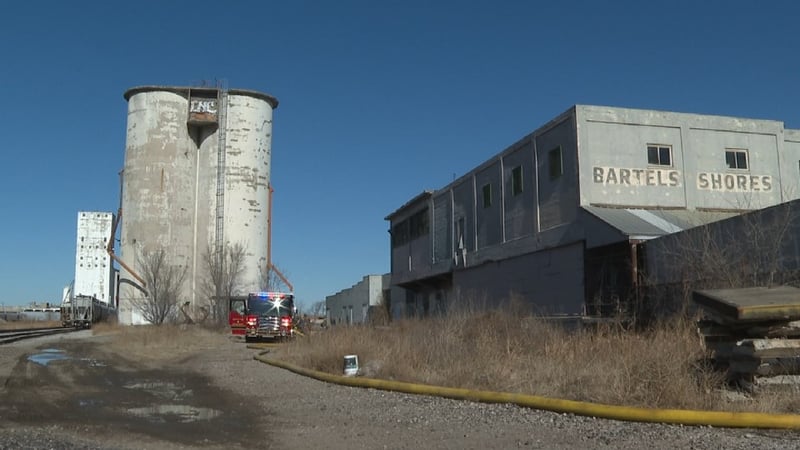 The latest in a series of fires at a north Wichita grain elevator has firefighters calling for change.

"As I was leaving the parking lot, I just looked north, and I saw smoke billowing out of the abandoned grain elevator," the man who called 911 told KAKE News. "I think this is the fourth call I've made."

The lower floor of an elevator near 17th St N and Broadway caught fire at around 11:30 Friday morning. While the vacant containers are not at risk of exploding, the 911 caller and firefighters say fires are reported there all too often.

The chief said the cause of these fires are people who are homeless setting up makeshift camps inside places that should be blocked off.

"The dangers could be to folks that are entering the building," Pearman said. "There's open shafts, void spaces where somebody could get trapped. When you add fire to it, folks could very easily become trapped, become overcome by smoke inhalation."

Pearman said the tight spaces and low visibility would also lead to dangerous conditions for firefighters.

"If we had a problem with one of our firefighters, if someone suffered some sort of medical emergency, or they fell, or were somehow incapacitated and they couldn't exit," Pearman said, "That rescue operation would be significant."

The chief said property owners can take action to help prevent these types of fires from happening at vacant buildings.

"We encourage folks that own these properties that are vacant to make sure they're completely secure," Pearman said. "Because it does pose a significant risk, not just to the public, but to the firefighters that show up for these fires."