US to deploy roughly 3,500 more troops to Middle East amid tensions with Iran

The Pentagon is deploying roughly 3,500 more troops to the Middle East in response to rising tensions in the region with Iran and one day after a U.S. airstrike killed a top Iranian military commander.

The soldiers from the 82nd Airborne Division could leave Fort Bragg in North Carolina for the Middle East as early as this weekend, two U.S. officials told ABC News.

"The brigade will deploy to Kuwait as an appropriate and precautionary action in response to increased threat levels against U.S. personnel and facilities, and will assist in reconstituting the reserve," a Defense Department spokesperson said in a statement.

On Tuesday night, 750 soldiers from the same brigade -- what the Pentagon calls the Immediate Response Force -- were deployed to Kuwait following violent protests at the U.S. Embassy in Baghdad. About 100 Marines also arrived at the embassy to reinforce security there. 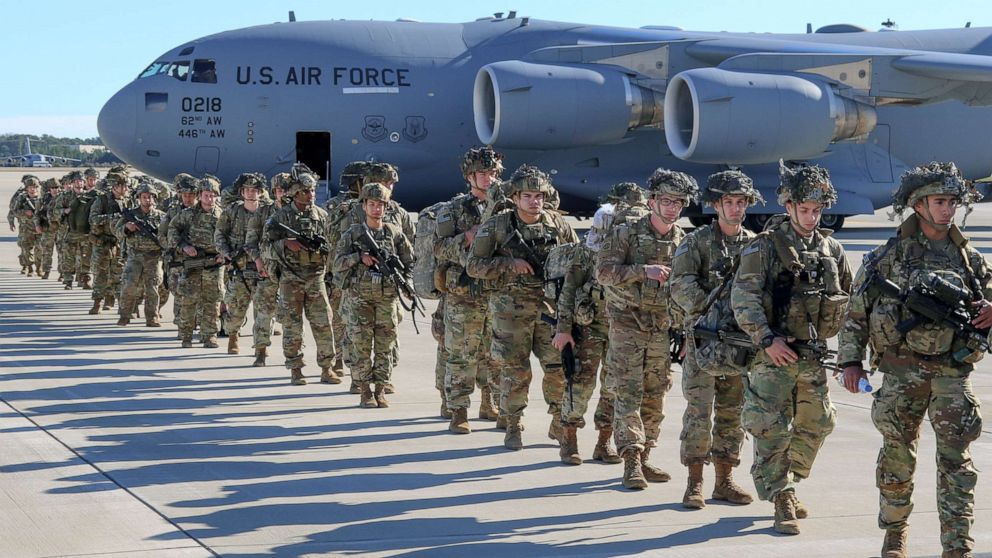 The decision to deploy additional American forces is partly in anticipation of a possible retaliatory attack by Iran or its proxies following a U.S. drone strike that killed Qasem Soleimani, the leader of Iran's Quds Force, on Thursday.

A senior defense official told ABC News that elements of the 173rd Airborne Brigade Combat Team out of Vicenza, Italy have also been placed on alert status to possibly deploy to the Middle East if needed. It is likely those forces, which could range from between 100 and 750 in number, would go to protect the U.S. Embassy in Beirut, Lebanon.

Lebanon, in addition to Iraq and Syria, were locations Soleimani had recently visited and was planning attacks against U.S. interests, according to a U.S. official and a source familiar with the matter.

President Trump remarks on airstrike
Check out these photos from across KAKEland snapped by our viewers, staff and local officials. Do you have pictures to share with us? Email them to news@kake.com.