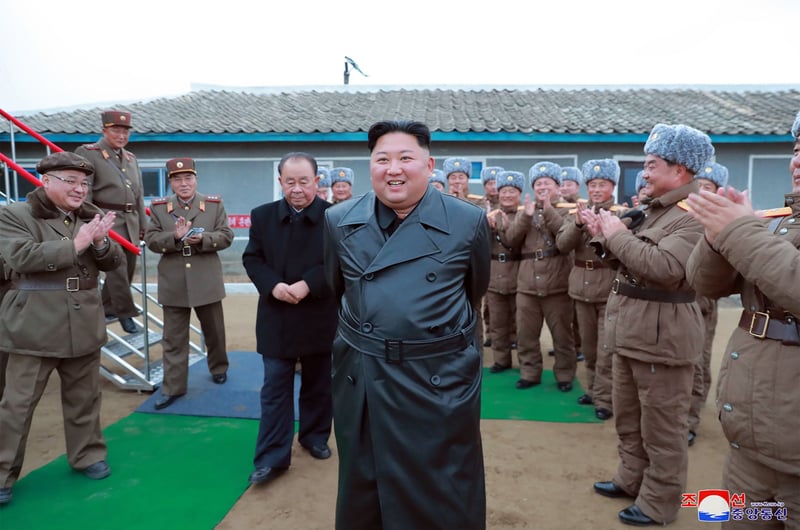 Now that the Christmas holiday has passed without a "gift" from the North Korean regime, US officials are puzzled why Kim Jong Un chose not to conduct a weapons test so far.

The Trump administration had widely interpreted the North Korean promise of a "Christmas gift" to mean a weapons test, especially as intelligence indicators grew. Officials remain watchful in the days following the holiday.

Although a source familiar with North Korean thinking had told CNN it was unlikely the regime would conduct a provocative test, US officials had widely expected some sort of test over the Christmas holiday, based on intelligence reports that some weapons components had moved. US officials broadly consider the window for a test to still be open through Kim's birthday in early January.

"Maybe it's a nice present," President Donald Trump joked Tuesday at Mar-a-Lago when asked how he'd respond if Pyongyang fired a missile over the holidays. "Maybe it's present where he sends me a beautiful vase as opposed to a missile test. ... You don't know. You never know."

The administration has pre-approved a series of military show-of-force options that could be quickly executed if North Korea were to engage in a provocative missile launch or some type of test of weapons components, according to a US official. Those options could include everything from flights of bomber aircraft over the Korean Peninsula to quickly called military drills of ground weapons. It is not known, however, what the threshold of North Korean action would be to generate a US response. North Korea has fired several short-range missiles in recent months without any US military response.

A key indication of how strong a message the US wants to send would be how close the US will put any of its forces to the demilitarized zone. The US official strongly emphasized the current plan is for it to be a show of force only, with no direct US military action against North Korea.