'You're killing me': Officers heard Wichita woman pleading while being stabbed 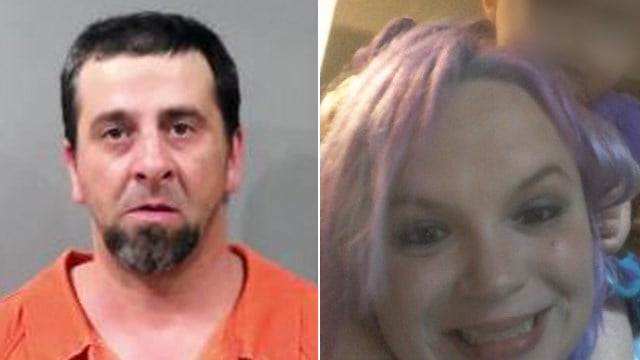 A newly released court document says a 28-year-old woman suffered up to 50 knife wounds at the hands of her roommate last month.

Devin Cook had only been staying with 44-year-old Jason McCaleb for two or three weeks when he called police early on the morning of November 23. He told the dispatcher she had threatened to kick his door down and would not leave his house, according to a probable cause affidavit released Friday.

Officers arrived at the home near Pawnee and Washington at around 4:45 a.m. and McCaleb let them into the house. He told them that he allowed Cook to live at his home and had given her a key, but he had taken it back and wanted officers to make her to leave.

The document says Cook was asleep in a bedroom and told officers she didn't know why McCaleb called them. She said she didn't want to leave and there were not any issues of which she was aware.

"No crime had been committed on that initial call," Capt. Brent Allred with the Wichita Police Department said after Cook's death.

Capt. Allred said since Cook established residency at the home, officers determined they could not remove her.

The document says the officers then left the house and were standing outside when they heard female voice say, "Jason, stop," "You're hurting me," and "You're killing me." They could also hear furniture being thrown.

The officers attempted to make contact with McCaleb and Cook, but no one would answer the door and the disturbance continued, the affidavit says. After officers said they were going to force open the door, McCaleb opened it. He had blood on his clothes and hands.

When officers went into the house, they found Cook on the kitchen floor. She was covered in blood and had multiple stab wounds on her body and arms.

McCaleb was taken into custody and told officers that the weapon, a folding knife, was his his pants pocket. It, too, had blood on it.

Cook was taken to a local hospital where she was pronounced dead just before 7 a.m.

During questioning, McCaleb said that after officers left the house, he was on the couch and that Cook came out of her room and said police wouldn't make her leave.

"Mr. McCaleb said he 'snapped,' pulled out his knife he had in his pocket, opened it, and walked up to Ms. Cook. He said she looked at him like she did not believe he would stab her so he stabbed her in the side and then started stabbing in an overhand manner into her chest, head, and neck."

McCaleb told investigators he heard the officers knocking on his door but did not want them to stop him from killing Cook.

An autopsy determined Cook died of up to 50 sharp force injuries.