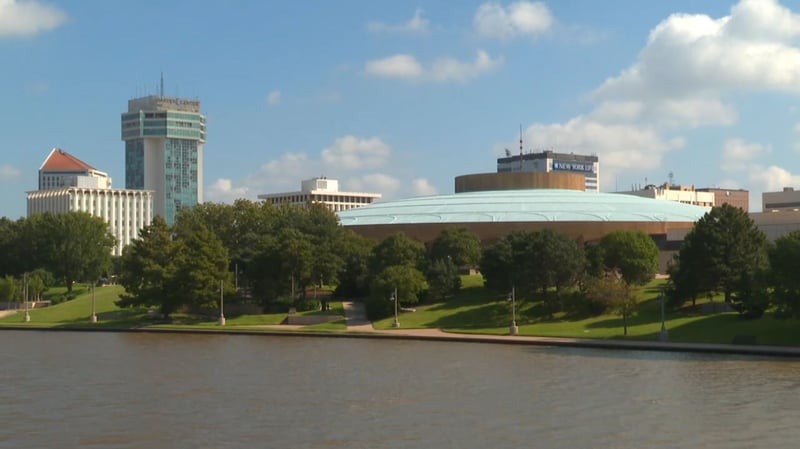 The future of Century II has been a controversial topic for a long time, but just a week before the scheduled public meeting to decide which plan to pursue, a Sedgwick County Commissioner is voicing his concerns.

“So many of these estimates they were inflating to draw you to the conclusion that it would be cheaper to just tear down and build new than remodel… Which rarely is the case,” said Sedgwick County Commissioner Michael O’Donnell.

O’Donnell went on record Monday saying that he’s concerned about the transparency of the group put in charge of coming up with a development plan for Century II and the land around it,  saying they’re going back on their promises from when the county first agreed to pay them their portion.

“...And I said, all options including saving Century II? They said yes. Well now they’re saying, well option 3 saves Century II. Well, it leaves it empty, as a shell, which the city doesn’t want that hot potato thrown in their lap either,” said O’Donnell.

He also claimed the committee planned on getting rid of the building all along, even with option 3, which proposes keeping it.

“I think what they’re doing is trying to put it on hospice or something, say we’re gonna let it die but we’re not gonna pull the plug,” said O’Donnell.

But the Riverfront Legacy Master Plan said this is simply not true.

“It sounds like he’s confused about the process. Century II, and keeping that structure, has always been on the table. We’ve exhausted a lot of energy going back and looking at what’s it really take to keep this structure around, what it’s viable for,” Jon Rolph with the Riverfront Legacy Master Plan.

Rolph said that none of the studies have been conducted by them. They’ve taken data from at least 8 separate, unrelated studies from as early as 2013, so intentional inflation or bias to demolish the building by the committee would be impossible.

“You have one individual politicizing it for what they think is gonna play well in their next election. The real accountability in this is the community is gonna get to decide what happens. What master plan is moved forward. What the future of Century II is. Our group isn’t gonna do that,” said Rolph.

The meeting to decide which concept to move forward with is on December 16th, and the public is invited to join.