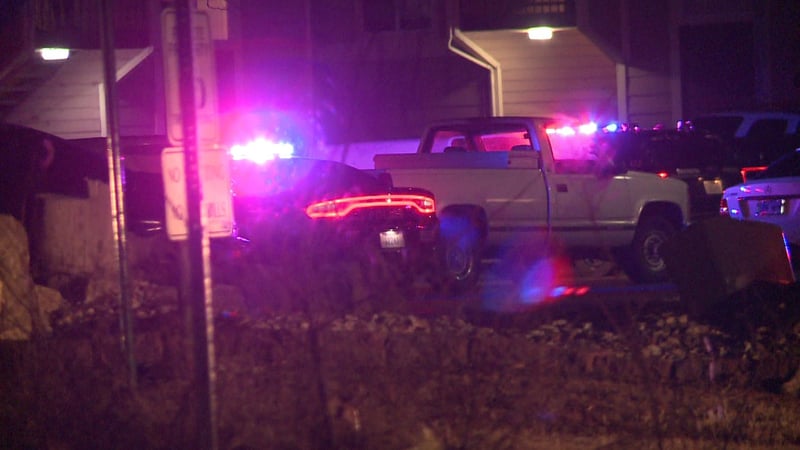 Wichita police say they've arrested two teenagers in connection to a robbery and double shooting on the south side last week.

Capt Brent Allred said that a 15-year-old suspect had been arrested for two counts of aggravated battery and one count of aggravated robbery, and a 16-year-old was arrested for possession of a firearm by a juvenile. The two teens were located Tuesday night in the 700 block of South Broadway.

The shooting happened at around 5 a.m. on December 5 at the Shores Apartments in the 2600 block of South Topeka. A 21-year-old man and a 22-year-old woman suffered critical but non-life-threatening injuries.

Capt. Allred said the incident was an apparent robbery and investigators believe it was drug related.

Police are looking for a person who shot two people at an apartment complex early Thursday morning in south Wichita.

Police were called just before 5 a.m. to the Shores Apartments in the 2600 block of South Topeka. Capt. Wendell Nicholson said a man in his 20s had been talking to another person on Facebook and they met him at the apartment complex.

Police say the shooting was drug related and they are trying to identify the gunman. No arrests have been made.