Mom still shaken up after son is bitten by K-9 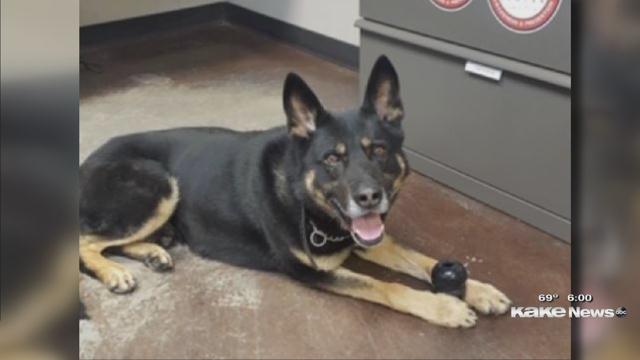 After looking for the dog's owner for hours, the 14-year-old begged his mom to let Bocephus stay for one night.

"We had seen the dog before in the neighborhood with a couple and they were pushing a stroller so we figured it was friendly. And it was friendly, it was a non-aggressive dog," says Hill.

On Monday morning, the boy was walking the dog. He then bent down and the dog bit him on his face and his back. He ran home right across the street where he was bitten on the hand before his mom pulled him inside.

"Depending on the circumstance, they may misinterpret the situation, they may deem the actions as aggressive and they're certainly going to defend themselves," says Sgt. Justin Crafton, Supervisor of the K-9 department.

After a ten week training camp, the dogs go through extensive training every week. Sgt. Crafton says even though this incident ended poorly, patrol dogs are a great benefit to their team. "These dogs, they're not pets. They are tools and they're partners of ours. So most of the time, we're not going to expose them to our families."

Even after three stitches on the face, Hill is just happy her son is safe. "It's definitely a lesson that we learned. We'll not be bringing home anymore dogs or cats or any other animals that we see."

The Sheriff's Department is still trying to figure out how the animal escaped from his home, but they say they don't plan to punish him for his actions.