MISSING IN KANSAS: 'Miss Molly' may be 1 of 2 missing European women 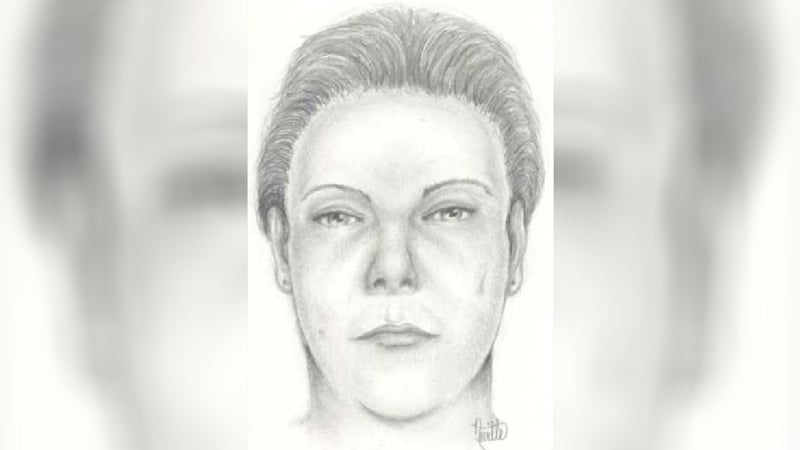 Detectives are weeks away from getting DNA results back on an unidentified woman found more than 30 years ago in Kansas. The body of the Jane Doe was exhumed in late July in hopes of giving her a name. She may be one of two missing women in Europe.

Investigators said the body of Jane Doe, nicknamed “Miss Molly,” was found on Jan. 25, 1986, in Mulberry Creek off I-70 – west of Salina. A truck driver, heard over CB radio, reported a person in the water. The trucker was never identified, as far as Lt. Mike Smith with the Saline County Sheriff’s office knows. He was not investigating the case then, but has been the lead on it for several years. “The truck driver who returned and saw her in the water did stay there until law enforcement arrived, and he was interviewed,” Smith said.

Authorities have said the woman sustained injuries consistent with being beaten on the right side of her head and was either tossed or pushed over the bridge railing and fell 30 feet into the shallow creek where she drowned.

When they examined her and performed an autopsy, this is what they’ve found:

Back then, the county explored more than 500 leads.

Dr. John Adams is a forensic dentist who was called to help the case. He’s been working in the field since the 70’s. Dental forensics can be vital to a case.

“So over a period of about six months, I got over 100 letters of inquiry that most of them included X-Rays asking me to compare to see if this could possibly be the person they're looking for,” he said.

Adams spent hours looking at the dental records. He said he’d find unique characteristics about each person’s teeth and then compare them. He never found a match to Miss Molly.

Now, the DNA is what he and others hope will break the case. The DNA extracted from Miss Molly’s body this past summer is being processed. Results are expected in six to eight months, which mean they could come by late January.

“I didn't realize it would be such a requirement and such a big project to get the body exhumed and then go through the DNA,” Adams said. “But, I'm really excited. I hope that it brings closure for that reason.”

The Saline County Sheriff’s Office said Miss Molly might be one of two missing women from Europe.

Anna Neeft was last seen in Brussels, Belgium, on July 22, 1982 – less than four years before Miss Molly was found. According to The Doe Network, Neeft was 28 years old and pregnant when she disappeared; she had her four-year-old son with her. She gave birth to her second child that August in Great Britain. Then, in 1984, Neeft left Belgium and traveled to Canada, where she gave birth to a child. Her family has not heard from her since then. This would mean she has children who are around 39, 37 and 35 years old.

The other woman is Willemijntje van Der Meer, who is missing from Amsterdam, Netherlands. “She is the one the Cold Case Team from Amsterdam has been making numerous inquiries on regarding a DNA profile,” Smith said. Van der Meer, 37 at the time, was last seen leaving her house in January 1978. The police investigation yielded nothing at that time, according to her profile on The Doe Network. “However, it became known that Willemijntje, shortly before her disappearance, had searched for her passport,” it states. At the time, she was married and had six children, who were six to 14 years old.

KAKE News also contacted INTERPOL. “INTERPOL does not conduct investigations itself, these are always done by the national police in accordance with national legislation,” it explained via e-mail. An INTERPOL spokesperson said it cannot comment on the case, but there are 194 member countries, which work together to close cases like these.

Miss Molly is one of several unidentified bodies in Kansas. To see other unsolved cases, click here.