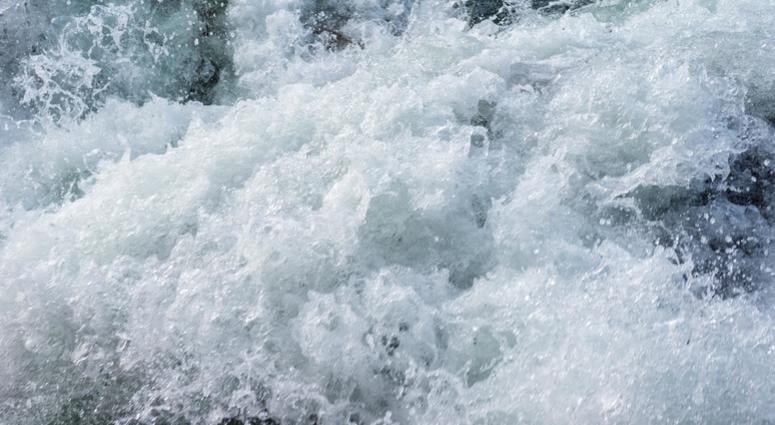 Nearly a century ago, the Atchison, Topeka and Santa Fe Railway built a large dam near Augusta to supply water for the steam locomotives that at the time were chugging across the dusty Kansas prairie.

Today the aging Santa Fe Lake Dam is considered a high-hazard dam because of its potential for the loss of life if it fails. An analysis by The Associated Press of dams across the country has found that it’s among more than two dozen potentially dangerous dams in Kansas that are in such poor shape they are vulnerable to failure.

Augusta acquired the Santa Fe Lake Dam, located about 3 miles west of town, in 1950 as a supplemental water supply. The dam, built in 1927, is 1,110 feet long and 38 feet tall with a maximum water depth of 11 feet. Its spillway was found during an inspection last year to be in “extremely poor condition.” Inspectors noted it also has inadequate capacity that makes it vulnerable to overtopping or failure during a significant storm.

Several farmsteads, roads and a bridge are located immediately downstream, but it is unclear how many houses would be affected by a breach. The emergency action plan filed two decades ago only broadly mentions housing additions and residences along various roads that would need to be evacuated.

A two-year investigation by the AP identified at least 1,680 dams nationwide that are rated as high-hazard because of the potential for loss of life if they failed and are considered to be in poor or unsatisfactory condition.

Emergency plans obtained by the AP indicate that thousands of people across the nation are living and working downstream and could be at risk if those dams were to catastrophically fail, while separate inspection reports cite a variety of problems. Those include leaks that can indicate a dam is failing internally, unrepaired erosion, holes from burrowing animals and extensive tree growth, which can destabilize earthen dams. In some cases, inspectors also flagged spillways that are too small to handle the amount of water that could result from increasingly intense rainstorms due to a changing climate.

Kansas has 6,205 dams, including 309 classified as high-hazard, of which 26 were rated in unsatisfactory or poor condition in 2018. One of those was missing an emergency action plan in the event of a failure, and six had out-of-date inspections as of summer 2018.

“Anytime we’ve had like emergency situations, we have kind of known about it in enough time to get people notified and then nothing has happened with the structure anyway,” said Terry Medley, the state’s water structures program manager. “So, no, I don’t think there are any that keep me up at night.”

The state has had 31 reported dam incidents, including seven failures, since 1925, according to Stanford University’s National Performance of Dams Program. The most notable one occurred in 1951 when the Fall River Dam in Greenwood County failed, resulting in 11 deaths.

When the city of Augusta repaired a separate dam in 2012, it was able to partner with the state to help pay for it. But that program is no longer available for repairs on the Santa Fe Lake Dam, said Augusta City Manager Josh Shaw. A preliminary estimate pegged the cost of repairing the Santa Fe Dam’s crumbling spillway at $930,000. The city has been working with state regulators to address various concerns, he said.

As in many other states, Kansas has seen its dam safety staffing levels and budgets cut since the Great Recession. In 2009, the equivalent of 13 staff people worked on dam safety issues, according to data examined by AP. That fell to an equivalent staff of about five by 2017. In 2010, Kansas budgeted $458,986 for dam safety; by 2017, that had been cut to $308,773.

The average age of Kansas dams is slightly more than 42 years, and the state notes in its hazard mitigation plan that some are exhibiting structural problems such as deteriorating pipes and other components.

Among those where inspectors found problems is Rimrock Lake Dam, known locally as Homer’s Pond, in Junction City.

A 2014 inspection said the dam has been in violation of state regulations since it was built in 1952. The dam is considered hydrologically inadequate and a downstream embankment is in poor condition. A dam failure could potentially flood homes, a child care facility, church, school, and several businesses in Junction City, according to its 2009 emergency action plan.

It originally was designed for flood control and as a livestock water supply before being given to Junction City in 1967. Today, it’s a popular local fishing pond encircled with walking trails.

Junction City Manager Alan Dinkel pushed back on the state’s risk assessment, insisting the dam is in “great shape” and called its high-risk designation and the state’s demands to fix it “one of those overzealous regulations.” The city is now trying to obtain easements so repair work on it can begin next spring.

“We are going to spend basically a half million dollars to make changes,” Dinkel said. “They actually wanted us to take it out, but it is a pond that is at the center of our community.”

In Kansas and elsewhere, there is a growing concern that many small flood control dams built by local watershed districts with U.S. Department of Agriculture assistance are now at or near the end of their 50-year design life. Kansas has 831 flood control dams, according to its 2018 hazard mitigation plan.

Among those raising alarm with inspectors is the Samuel Rogers Detention Dam located a half mile from Manhattan. It is operated by Kansas State University and owned by the university’s real estate fund since 2015.

The dam — 33 feet high and 560 feet long — was built in 1961. Although it does not regularly hold water, the potential to do so during a significant rainstorm is a concern, according to its 2016 inspection report. Its emergency plan estimated a major flood caused by a dam failure would inundate 82 homes and 17 roads.

“The dam is in unsatisfactory condition and is in need of immediate remedial action,” inspectors wrote. “It could pose a risk to downstream residents.”

Its responsibility now falls to the university’s department of animal sciences, where officials are getting an engineering assessment to determine whether it would be better to repair or remove the dam entirely. The dam is located in the middle of a 20-acre parcel that the department wants to use as a horse pasture.