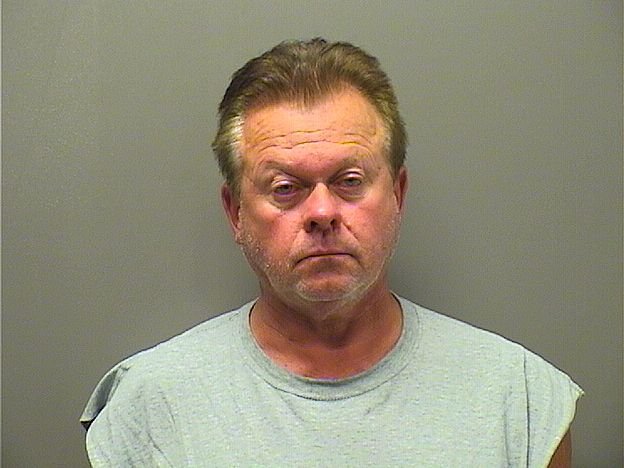 Authorities say that a man was arrested on a murder charge late Thursday after pushing his brother out of a moving vehicle during an argument, causing his death.

A probable-cause affidavit says that the argument was over corn dogs.

57-year old Richard Dean Ammons was taken into custody at his residence in Hot Springs, Arkansas and was charged with second-degree murder, a felony punishable by up to 30 years in prison

He was being held in lieu of $10,000 bond and appeared via video Friday morning in Garland County District Court, where he pleaded innocent to the charge.

According to the affidavit, the Garland County sheriff's office received a 911 call around 7:18 p.m. Thursday about a man lying in the road in the town of Royal. When Sheriff's Cpl. Jon Lane and Deputy Charles DeLaHunt arrived at the scene, they found the man, later identified as 55-year old Johnnie Ammons, lying in the roadway. They noted that his arm was bleeding. Johnnie Ammons told Lane that his brother, Richard Ammons, had thrown him from a Jeep and had "broken his back and killed him," according to the affidavit.

Lane asked the victim why that occurred, and the victim said the two had been "arguing over corn dogs," the affidavit said. Johnnie Ammons was taken to CHI St. Vincent Hot Springs, where he died soon after. The affidavit noted that he had multiple scrapes and bruises on his body.

Deputies found Richard Ammons at his residence and took him to the sheriff's office for questioning. Ammons stated that he had gone to his brother's house after work to take him to the store.

He said he drove them to Brady Mountain One Stop and then to the Dollar General store across the road. Richard Ammons stated that "a lot of times" his brother would stay in his Jeep and "continue to drink beer."

He said the two of them got into an argument, but he couldn't remember what the argument was about, the affidavit said. He added that, "maybe I pushed him out of the Jeep."