Kansas lawmakers could be one step closer to legalizing medical marijuana 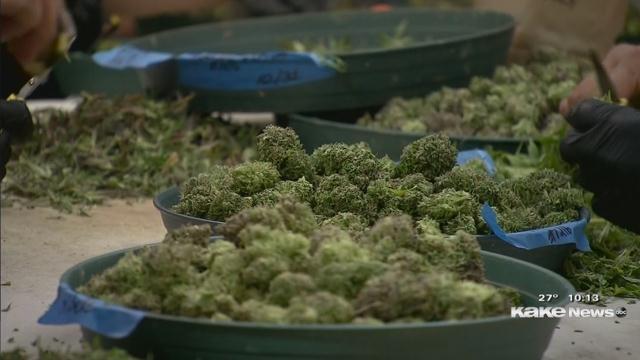 Webb says he's grateful the Kansas legislature will consider legalizing medical marijuana. Wednesday, a special committee made recommendations to lawmakers to follow Ohio's lead, a state where medical marijuana is legal, but is not allowed to be smoked. Kansas would take one more step by not allowing marijuana to be vaped.

"Vaping and the additives to that probably would draw some concern, there's no doubt about it because we don't know everything yet," says Webb.

"If you're gonna do this, get it tested, regulated, and prescribe it like you would with any other medicine and then we're fine," says Easter.

Easter says in other states, like Oklahoma and Colorado, where medical marijuana is legal, law enforcement is having more and more trouble fighting crime connected to cannabis.

They're not reporting it, anybody and their dog can come in and buy it, you don't have to have a medical card," says Easter.

Webb says the criminalization of weed is exactly why Kansas should look to legalize the drug.

"How is it ever OK for someone to be in jail for something that somebody is legally a millionaire for just because of a lie? You know, that's a tough pill to swallow," says Webb.

Sedgwick County Sheriff's Deputies are required by state law to arrest anyone found with marijuana, but Easter says the suspects aren't in jail for long.

"There is nobody in this jail sitting here for simple possession of marijuana, it does not happen," says Easter.

If any type of medical marijuana law is passed, it could be years before it is implemented in Kansas.