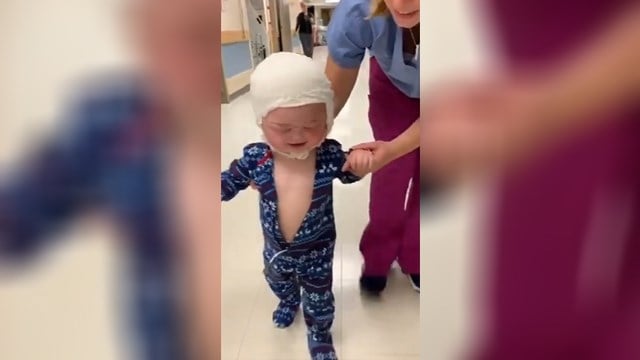 A 23-month-old boy is back on his feet after having surgery for a rare condition called craniosynostosis.

Figeuroa says Branson was born with a birth defect in which the bones in a baby's skull join together too early. Branson is now back home smiling and doing great.