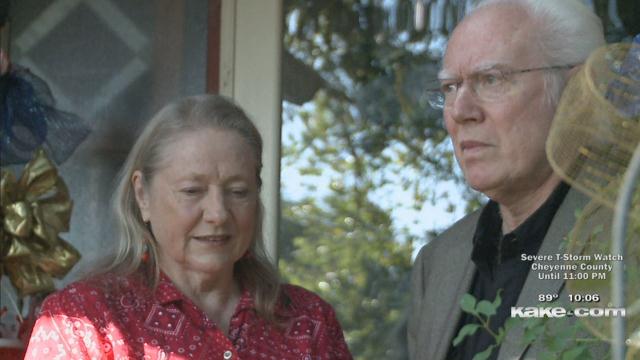 "We were sitting in the living room, watching the traffic on Meridian," says Joan Chance.

Joan Chance and her husband, Carl, say there's hardly ever traffic on their neighborhood street, so when police cars with sirens blaring drove by their window, they knew something was wrong.

"I looked back this way and there was somebody coming up on the porch," says Joan.

Joan says at first, he just asked her for help but soon after, he became angry and threatened her with violence.

"Give me your keys. I'm gonna kill you if you don't," says Joan.

The suspect, now identified as 30-year-old Zachary Ausdemore sped off in the couple's car. What they didn't know was that this was part of a much bigger crime spree already going on.

Police say it all began with a stolen jeep at a McDonald's and a collision there. Later, investigators believe Ausdemore made his way to the Chance's home and carjacked them.

"Their crimes gave us problems to solve in our life when we don't need them right now," says Carl Chance.