The hemp harvest begins for research in Kansas 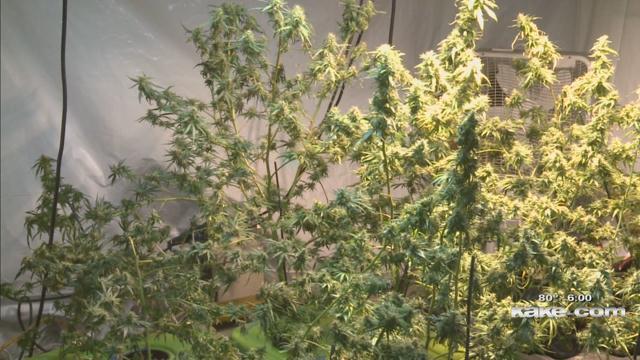 Sarah Stephens with Tallgrass Hemp and Cannabis started their hemp harvest Friday, making them one of the first companies in Wichita to start doing so.

"It's just a historic year for everybody involved," said Sarah Stephens, owner of the company. "So to get to work with them and be a part of what they've already established the momentum on is really humbling and honoring."

"We're just going to trim off all the leaves," Stephens said. "Most of them, kind of clean it up."

After trimming the leaves, they hang dry them for one week. However, Stephens said this process isn't set in stone for them just yet.

"We're really using this season to get our techniques right, to try different things and see what's working," she said.

The states agricultural department has only issued research licenses. This has given them a chance to collect data and decide which way to grow is best for the research program.

"We are trying to determine if soil growing or if hydroponic growing, which one is more affordable," Stephens said.

Hydroponic growing is done without soil in a water based nutrient dense solution. Stephen's company does both, but to learn more about how it was all done, she attended conventions, networking in and out of state.

"There's just a ton of great people to link arms with and get excited about hemp in Kansas and I'm proud to be among them," Stephens said.

According to Stephen's, they turn their report into the state's agriculture department. She said she hopes they can get their commercial license in 2020, but for now it's just about research and learning.

"It's a lot of unknown's, a lot of navigating," she said. "But fun collaborating with other people that are working on it."