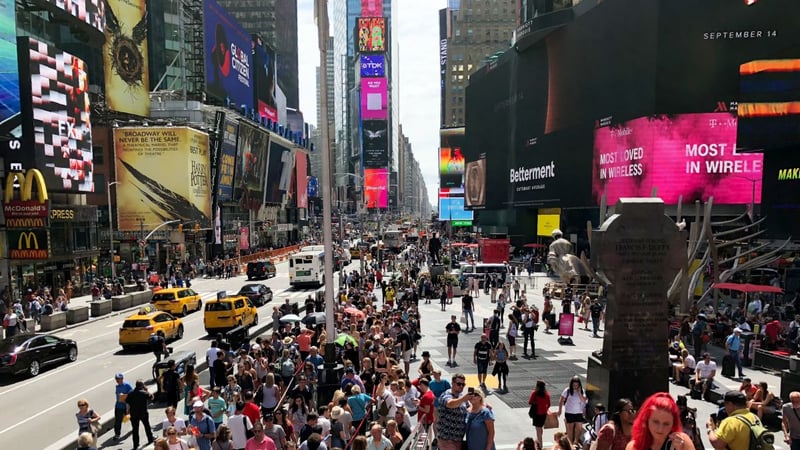 Federal prosecutors have charged a New York City man with buying illegal guns from an undercover agent as part of a planned terrorist attack on Times Square.

Prosecutors said in court papers made public Friday that 22-year-old Ashiqul Alam spoke about terrorist organizations including ISIS during months of conversations with the agent.

They said he "repeatedly expressed interest in purchasing firearms and explosives for a terrorist attack in the New York City area."

Prosecutors say he was nabbed in a sting in which the undercover officer sold him a pair of semiautomatic pistols with obliterated serial numbers.

According to court papers, Alam and the undercover agent made a trip to Times Square in January and recorded video of the area.