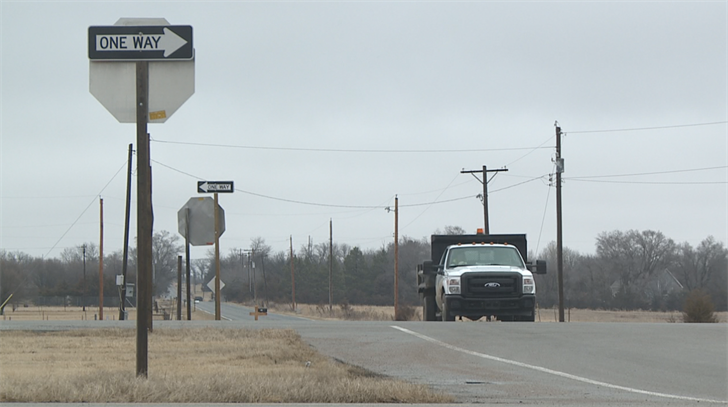 Changes have taken place at these medians along Highway 254, now stop signs instead of yield signs.

"It makes me nervous driving it with my kids,” said Elaine Farney.

The busy intersections are notorious for crashes. The most recent happened last week and ended with three people being killed after a truck driver pulled out in front of a car.

"It's terrible to hear about that happening,” said Farney. “I know that's happened a lot of times in this same area on this same highway."

KAKE Reporter Porsha Riley: "Do you think the crash that recently happened is the reason for these stop signs being placed there, or at least contributed to the decision to put them there?"

KDOT Law Enforcement Liaison Troy Wells: "I can't tell you what influenced them but I'm sure that had an impact on the decision making."

After the deadly accident, The Kansas Department of Transportation worked quickly to make the change not only there but at K-96 and 151st on Bentley Road and at the Mount Hope exit.

"We need people to just take a breath, take a minute and pay attention to what's going on around them,” said Wells. "Slow down; take your time. Make sure you're seeing what you're seeing before you cross the road."

"People just need to pay attention to them,” said one driver. “It's real important.”

KDOT is warning drivers to pay attention to the new signs and make sure to look both ways when going through those busy intersections.