Texas mom sentenced in deaths of toddlers inside hot car 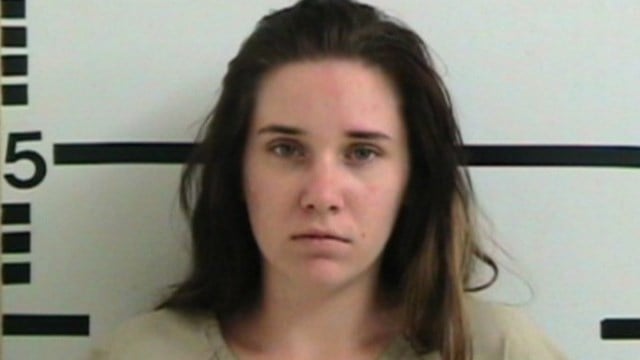 A Texas mother whose two toddlers died after she left them inside a hot vehicle overnight was sentenced to 40 years in prison.

Amanda Hawkins, 20, learned her punishment Wednesday for the June 2017 deaths of her two daughters in Kerrville, which is about 65 miles (105 kilometers) northwest of San Antonio, the Kerrville Daily Times reported.

Hawkins pleaded guilty in September to two counts of child abandonment and endangerment, and two counts of injury to a child. She received two 20-year sentences for each daughter’s case, which she’s ordered to serve consecutively.

Hawkins left 1-year-old Brynn Hawkins and 2-year-old Addyson Overgard-Eddy inside her vehicle while she visited friends at a Kerrville home on June 6, 2017, according to police reports. Hawkins was smoking marijuana with friends in a shed outside the home that night.

Witnesses reported hearing the toddlers crying inside the car, where temperatures reached into the 80s.

Hawkins retrieved the girls from the car the following afternoon when the temperature inside the car was estimated to have been 119 degrees, according to a vehicle interior temperature scale formulated by San Francisco State University.

She bathed the children and searched on the internet how to treat heat stroke before taking the toddlers to the hospital, prosecutors said. The girls were pronounced dead at a San Antonio hospital on June 8, 2017.

Hawkins apologized for her actions before Williams issued his sentencing decision.

“There’s not a day that goes by that I think about what I should have done,” Hawkins said. “It’s heartbreaking, and it will affect me for the rest of my life.”