Wins for Kansas: Let’s Rock and Roll and Change the World 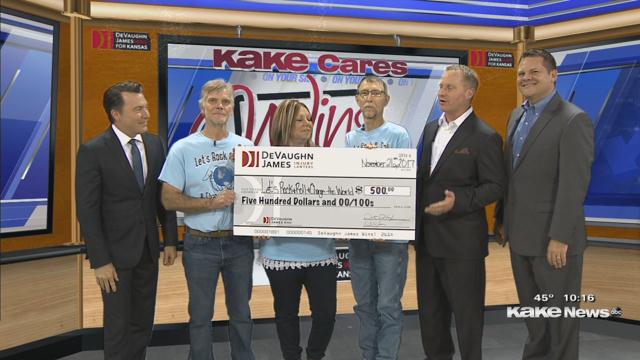 Let’s Rock and Roll and Change the World, Inc. is a Wichita, Kansas based nonprofit that is helping our city's homeless.

The group's founder, Bob Johnson has been helping to feed and clothe the city's homeless population for years.  He says "they've been stepped on in society for so long, they have all but given up hope."

Working with a small team of volunteers, Johnson is hoping to go beyond offering just food and clothing. He has a much larger dream that includes building dozens of "tiny" homes for the homeless.

The idea is mirrored after a project in Austin, Texas, and would include access to medical and mental services.

"You can't just take a homeless person put them in a house without wrapping some supportive services around that," said Johnson.

The concept is a solution-based approach and will help homeless people to reintegrate into society in a manner it says, will restore dignity and allow them to contribute in a positive way.

The organization accepts donations in the mail as well as online.

"Let’s Rock and Roll and Change the World" was honored by DeVaughn James Injury Lawyers with a $500 Wins for Kansas grant.