Wins for Kansas: The PAT Fund 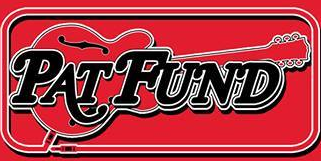 People plugged into the Kansas music scene probably know Pat McJimsey's name. The late Wichita jazz man with a smooth voice and guitar skills left behind an enormous amount of fans, as well as a legacy that continues to help musicians.

"Everybody who knew him loved him and looked up to him as a musician," said Joe Sauer, a spokesperson for the Performance Artist Trust Fund, better known as the "PAT Fund." Sauer said so many people donated to McJimsey after his death that his wife Barb wanted to use the money to help other musicians dealing with illnesses.

"When they're sick, the PAT fund helps them. It reaches out and helps them in hard times," Sauer explained.

The non-profit now raises money through its annual "PAT Bash" event. A committee gives out the money as gifts, with no strings attached.

"And it's not big gifts," Sauer noted. "It's no one that we go in and bail them out for life. But they bail them out of that really tough time, and so they can get back to being a performing artist."