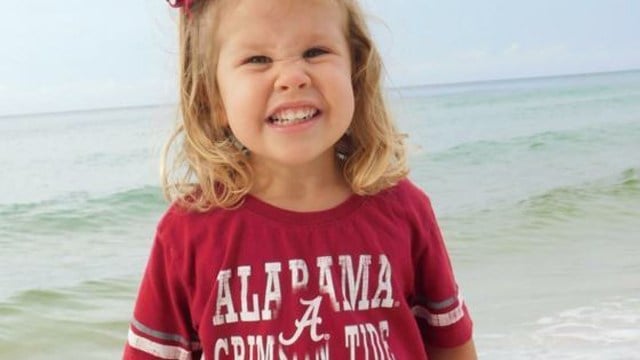 Authorities say a 3-year-old girl is dead after she fell into a grease pit at an Alabama ice cream shop and drowned.

The Opelika-Auburn News reports the girl's body was pulled Saturday from an in-ground container used to trap cooking grease at Brewster's Real Ice Cream in Auburn.

The girl was identified as Sadie Grace Andrews.

Lee County Coroner Bill Harris said in a news release the death appears to be an accidental drowning. He said video evidence from the scene showed the girl playing with siblings when she apparently fell through a lid covering a grease pit on the ice cream parlor's property.

Harris said the girl was found several minutes later inside the grease container, which was 6 feet (1.8 meters) deep. He said no foul play is suspected.