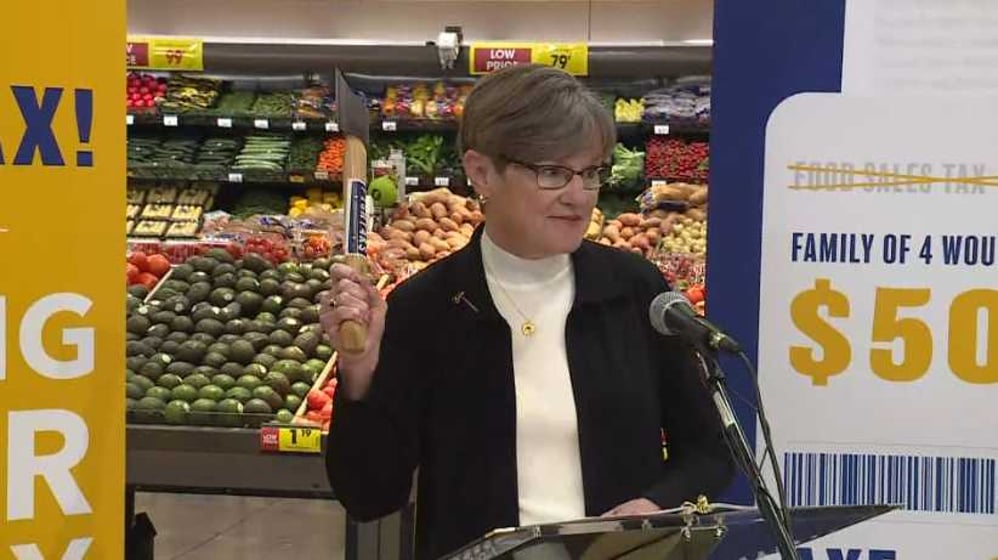 TOPEKA, Kan. (AP) — Democratic Gov. Laura Kelly on Wednesday signed into law a plan from Republican lawmakers to phase out the state’s sales tax on groceries over three years.

Kelly had a ceremony at a grocery store in Olathe, fulfilling a promise to sign the bill even though it is not as aggressive in eliminating the tax as she and fellow Democrats want. They had hoped to eliminate the entire 6.5% tax as of July 1.

Only 13 states charge any sales tax on groceries. Kansas’ rate is second only to Mississippi’s 7%.

Eliminating the full tax on groceries as soon as possible was Kelly’s most visible legislative initiative this year, and she still is urging lawmakers to eliminate the tax as of July 1. The Legislature is scheduled to reconvene May 23 for a day or two.

The same family would save $676 in 2023 under Kelly’s plan, and taxpayers would save as much as $1.4 billion over three years.