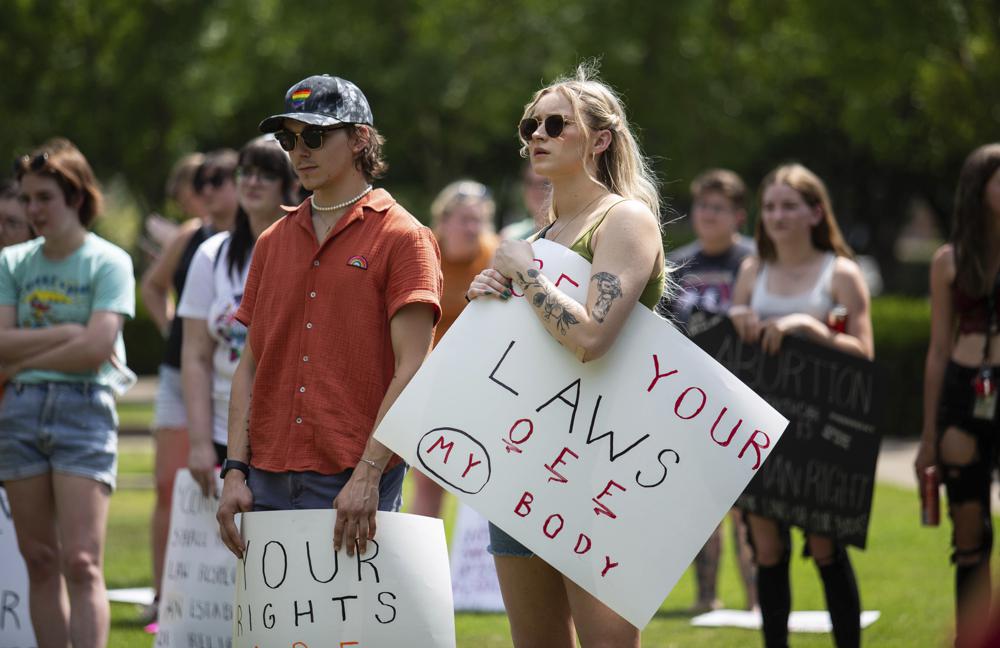 Abortion providers and patients were struggling Friday to navigate the evolving legal landscape around abortion laws and access across the country since the U.S. Supreme Court overturned Roe v. Wade last week. 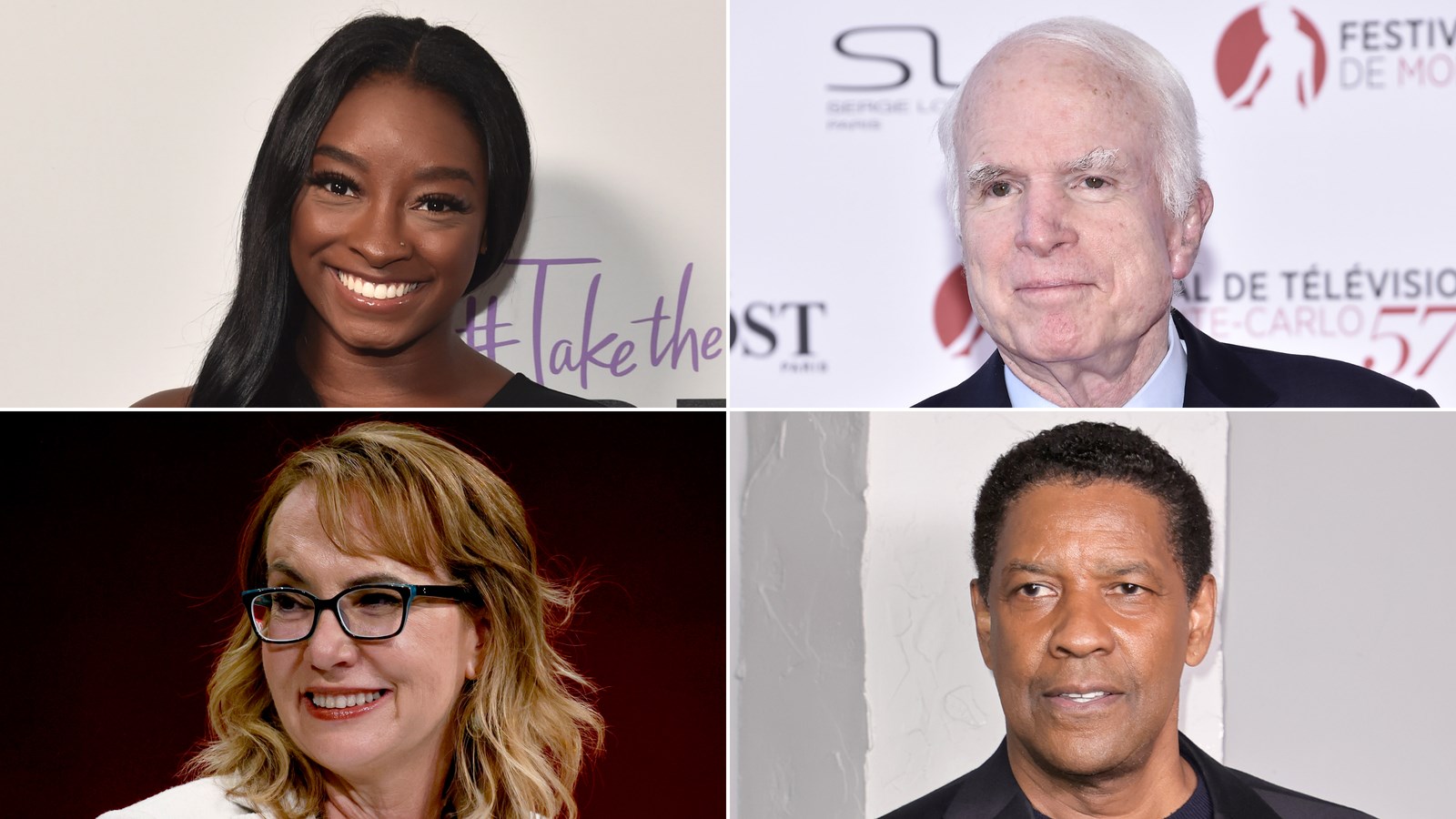 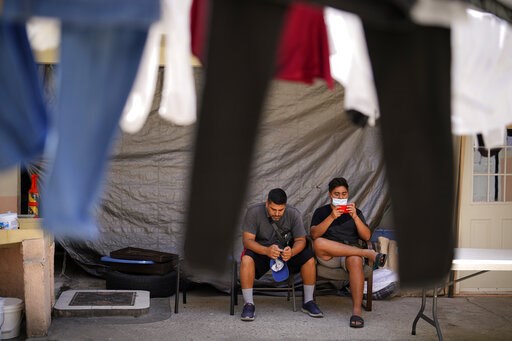 The Supreme Court has ruled that the Biden administration properly ended a Trump-era policy forcing some U.S. asylum-seekers to wait in Mexico.

President Joe Biden said Thursday that the Supreme Court’s decision ending a constitutional right to abortion is “destabilizing” and that he supports changing Senate rules to codify nationwide abortion protections.

About half say Trump should be charged for 1/6: poll

The survey from The Associated Press-NORC Center for Public Affairs Research finds that 48% of U.S. adults say the Republican former president should be charged with a crime for his role, while 31% say he should not be charged.

'A lot of passion': Calls for peace ahead of Kansas amendment vote

Local law enforcement, advocates and opponents of an amendment up for a vote in Kansas in August that would allow state lawmakers to regulate abortions are urging people on both sides of the argument to remain peaceful.

Former President Donald Trump is no longer in contempt of a New York court, a judge said in an order Wednesday.

Poll: Most say the nation is on the wrong track, including Dems

An overwhelming and growing majority of Americans say the U.S. is heading in the wrong direction, including nearly 8 in 10 Democrats, according to a new poll that finds deep pessimism about the economy plaguing President Joe Biden.

Sedgwick County Commissioners moving out of courthouse to Ruffin building

The Sedgwick County Commissioners are making their move from the courthouse to the Ruffin building at Douglas and Broadway.

"More people need to vote. You know, each vote matters. So it's good that people are getting out there and voting," said Brock Woolery.

Former aide: Trump was told protesters had weapons on Jan. 6

Hutchinson quoted Trump as directing his staff, in profane terms, to take away the metal-detecting magnetometers that he thought would slow down supporters who’d gathered in Washington.

After the Supreme Court's ruling Friday that struck down federal abortion rights, many are wondering what other previous decisions could be overturned. 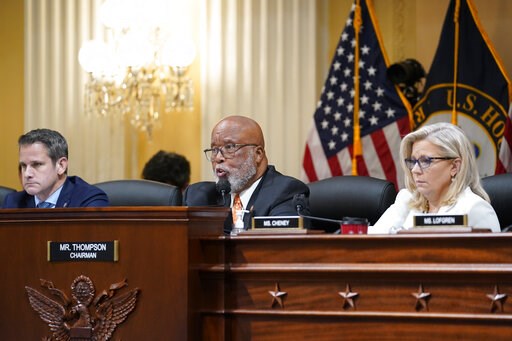 The House Jan_ 6 panel says it is calling a surprise hearing on Tuesday to present “recently obtained evidence.”.

Miller’s spokesman said the Illinois Republican had intended to say the decision was a victory for a 'right to life.'

A political shift is beginning to take hold across the U.S. as tens of thousands of suburban swing voters who helped fuel the Democratic Party’s gains in recent years are becoming Republicans. 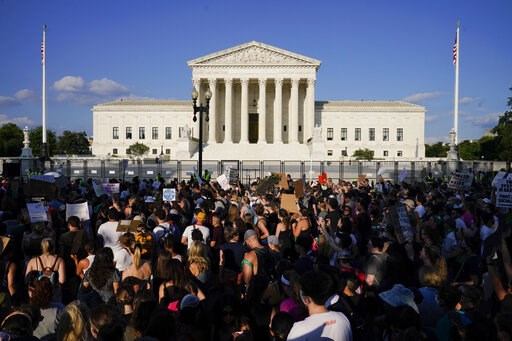 The Supreme Court ruling to overturn its 1973 Roe v. Wade decision is unpopular with a majority of Americans — but did that matter.

Vote 2022: Joan Farr runs for Senate in Kansas and Oklahoma

There are a lot of unknown names on the ballot this year. As we approach the August 2nd primary this year, it's important to know about some of the people running this year.

President Biden's not having the best month, and the problems aren't going to be easy to fix.

Mitt Romney isn’t up for reelection this year, but his name is surfacing in Republican primaries throughout the nation

Not every PAC tells the complete truth

The Supreme Court has been busy this week.

Congress is on the verge of approving a $13 billion bipartisan gun violence bill that seemed unimaginable a month ago.

Political experts and those on both sides of the Value them Both vote react to the SCOTUS ruling overturning Roe v Wade.

Planned Parenthood Great Plains said it is worried Kansas providers will not be able to handle the demand from out-of-state patients.

The state's voters will decide Aug. 2 whether the Kansas Constitution will continue to preserve the right to get an abortion.