Report: Start of Minor League baseball season to be delayed 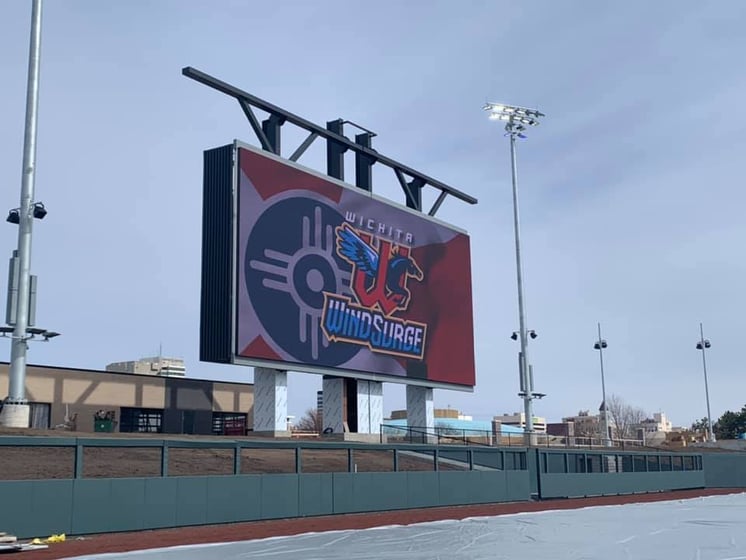 Wichita woke up Wednesday with firefighters knocking down flames inside of a small abandoned building across the street from the city's new stadium which has, by its own measure, been largely abandoned as well.  The stadium has not hosted an event, the unforeseen fate of a massive structure that went up at a time when the norms for America's spectator sports came down.

The charred material outside of the stadium took on a symbolic role as the morning developed with a report that could extinguish even more hopes for the Wichita Wind Surge's increasingly anxious fan base, stuck indefinitely on the outside of its $75 million stadium looking in.

According to Baseball America, a long-standing publication covering all levels of professional baseball, the Wind Surge and all other teams at the Double-A or Class A minor league levels will delay the start of the upcoming season and could play without a pursuit for a postseason crown in 2021.

The article says Major League Baseball informed minor league team officials of the decision in a memo on Monday. However, Wind Surge officials have not been notified of such a decision.

"We have not been given any information and there have been no new developments since the invitations (to sign on as the Minnesota Twins Double-A affiliate) went out several weeks ago," Wind Surge General Manager Jared Forma told KAKE News.

Forma said he had previously theorized that the regular season would be delayed and has not been given any schedule or time frame for spring training to begin.

Major League Baseball, which took over operations of the minor league system this year and realigned it to result in the Wind Surge's change from Triple-A to Double-A, will invite only MLB and Triple-A players to spring training to better accommodate social distancing measures, according to the report. Once those players depart spring training, which usually lasts until the end of March, the remaining classes would then begin their exhibition season. But even that scenario is uncertain to develop as planned.

"I'm not convinced MLB will start spring training on time. I pray they do so we can start (the regular season) by May or June," said Forma, who knows how organizational practices like team travel at the minor league level will present much greater hurdles to adhere to pandemic guidelines than its Major League counterparts.

The uncertainty of how organizations will be able to address those challenges are a culprit for MLB possibly doing away with plans for a minor league postseason, instead opting for a regular season slated to end in October. The Baseball America report highlights language which it says is directly from the referenced memo, stating, "It is also expected there will be no minor league playoffs in 2021. With a delayed start, those playoff dates will be exchanged for more dates for all teams."

Forma says he is hopeful for official word on a schedule by the end of January. It would be the long-awaited nod to resume baseball operations with a target date for competition. In the meantime, Wichita's baseball fans sit like the collection of embers currently outside the stadium walls, dimly alight and flickering with the remaining energy of a once-burning intensity.