Classic 'GoldenEye 007' game is coming to Nintendo Switch and Xbox 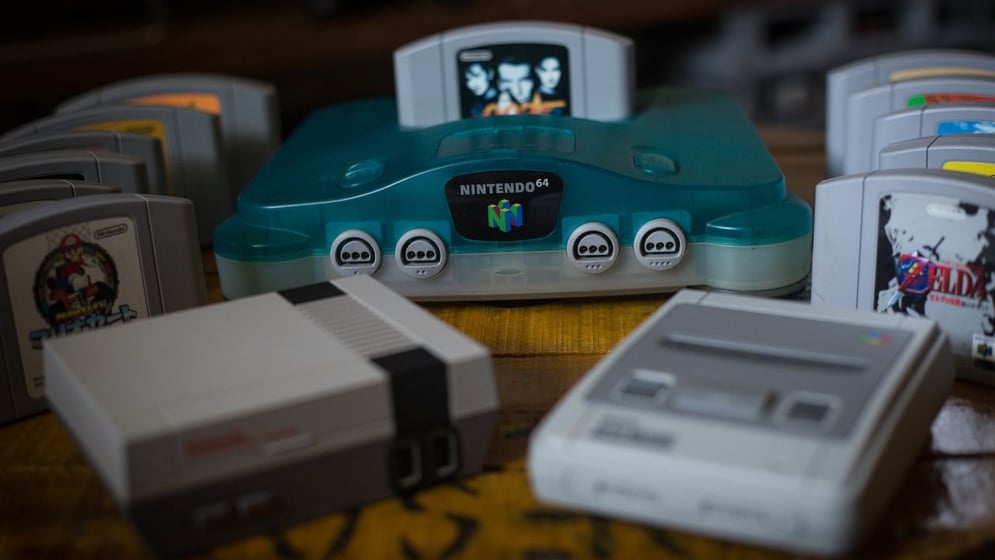 (CNN) --  James Bond fans may be waiting on the next actor who will play the British spy onscreen, but a beloved Bond adventure of yore is making its return.

"GoldenEye 007," a classic first-person shooter made for Nintendo 64 in 1997, is being revived for Nintendo Switch and Xbox more than 25 years later. For fans who subscribe to additional content on both gaming systems, the game will be available on Friday.

Based on the 1995 film "GoldenEye," the game follows a block-like version of Pierce Brosnan's 007 as he shoots his way through various locales, all while a synthy version of the signature Bond theme plays. The Xbox version has been "faithfully recreated and enhanced," said one ad for the re-release, while the Switch game features an online multiplayer mode.

"GoldenEye 007" was a hit upon its release: IGN gave it a 9.7/10 in 1997, praising its graphics as "superb." Contemporary players used to the lifelike visuals of popular games like "The Last of Us" and "Red Dead Redemption" may beg to differ, but the game still holds a nostalgic appeal for fans who spent their youths lasering their way through surfaces using Bond's watch. Not to mention, its soundtrack remains iconic.

To access the game, Switch users will have to subscribe to its Online membership plus its expansion pack, which includes some Nintendo 64 games and downloadable content for popular games like "Mario Kart 8 Deluxe" and "Animal Crossing: New Horizons." Xbox players must subscribe to Xbox Game Pass, a service that allows players to access hundreds of games from its server.

The return of "GoldenEye 007," often referred to as one of the greatest video games of all time, has been years in the making. The Verge reported last year that rights issues blocked developers from releasing it on newer consoles, including Xbox, since at least 2008. Undeterred N64 fans even attempted to remake the game themselves on several occasions, though the original rights holders usually shut them down. Now, Rare, the game's original developer, has recreated it for Xbox with "a few modern touches," while Nintendo is re-releasing the original on its Switch console.