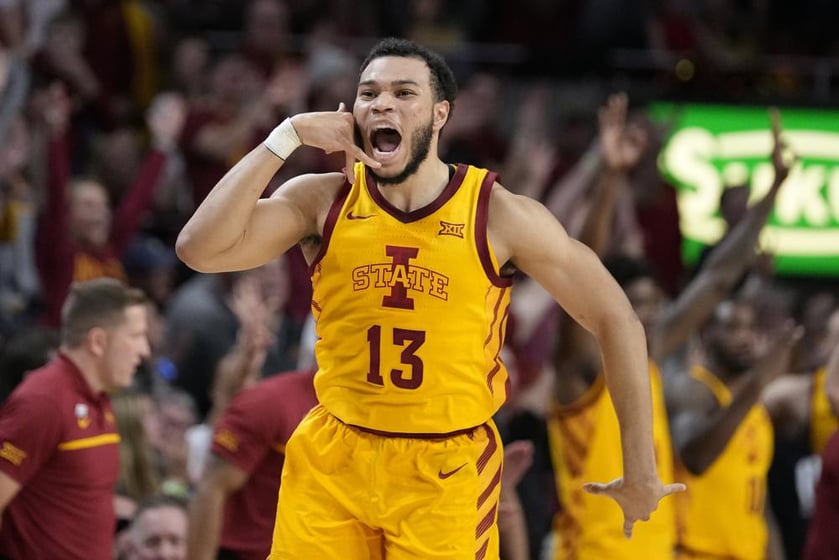 The Cyclones (15-4, 6-2 Big 12) moved into a three-way tie atop the conference standings with the Wildcats and Texas.

Caleb Grill’s 3-pointer steadied the Cyclones and pushed the lead back to 63-59 with five minutes left.

Free throws by Osunniyi, Grill and Holmes sealed the victory in the final 24 seconds.

The first half featured eight lead changes and ended with Kansas State up 33-31.

A 3-pointer by Kalscheur ignited an early 9-0 run for the Cyclones and helped them build a 19-14 lead. Iowa State made just one of nine 3-point tries in the first 20 minutes.

Kansas State was trying to extend its best start to a season since 1961-62.

Iowa State improved to 11-0 at home. The Cyclones have not lost back-to-back games this season.

Kansas State hosts Florida on Saturday as part of the SEC/Big 12 Challenge.