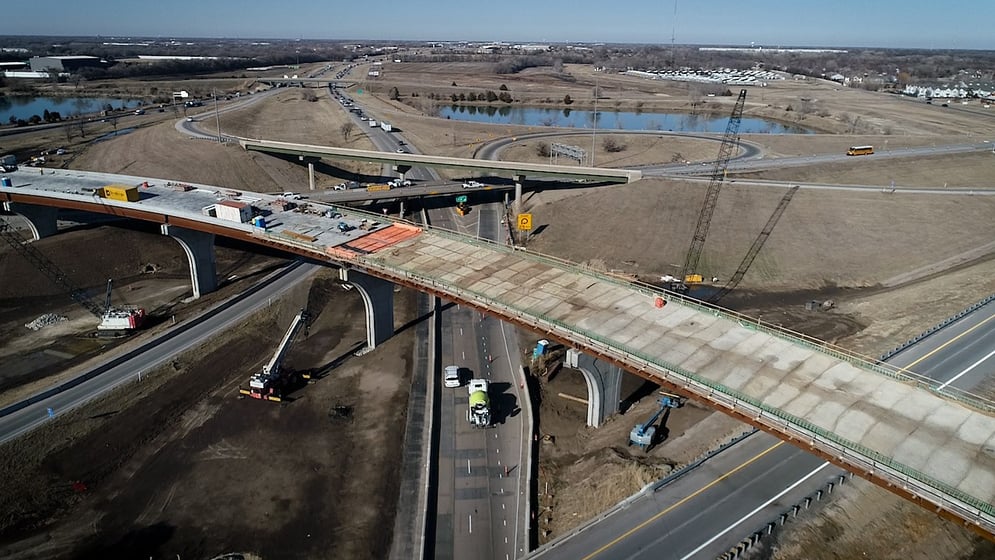 WICHITA, Kan. (KAKE) - When most people think of Wichita highways, one thing is usually top of mind – even for drivers like Lana Shaheen, who's had her license for only a couple of months.

"There's a lot of construction on the streets I drive through," said Shaheen.

Drivers like Dustin Montgomery say the second thing they think of is traffic.

"It can seem to get kind of packed sometimes. I wish we had a little more going on if I'm being honest. I kind of grew up here and everything. It seems a little bit dangerous. Every day seems like there are at least one or two wrecks I pass," said Montgomery.

Friday, drivers in northeast Wichita ran into both unexpectedly.

Traffic was backed up as far as you could see at the North Junction construction zone. The Kansas Department of Transportation says it's because two ramp closures scheduled for Saturday happened a day early, with the risk of snow and ice Saturday.

Thankfully, it didn't last long, and it should be smooth sailing... For now. The next closure on SB I-135 at WB K-254 isn't scheduled until January 28th.

Montgomery says the way he avoids getting stuck in traffic like on Friday, is by paying attention to closure alerts.

"I think a big thing that's helped me in the past is kind of staying aware of the news. Typically things like that are going to be noted and publicly, stated that hey, there's construction in these areas," said Montgomery.

While it feels like the construction never ends, we can now see substantial progress at the North Junction, with the fly-over bridges nearly complete. Crews expect to complete the whole project by December.

The big question is, do Wichita drivers think it's worth it?

"I think it is. After, the streets will be good. And It'll be fine," said Shaheen.

Drivers tell us their advice is, most importantly, when you see construction zones, slow down and pay extra attention to help reduce the dangers for workers.