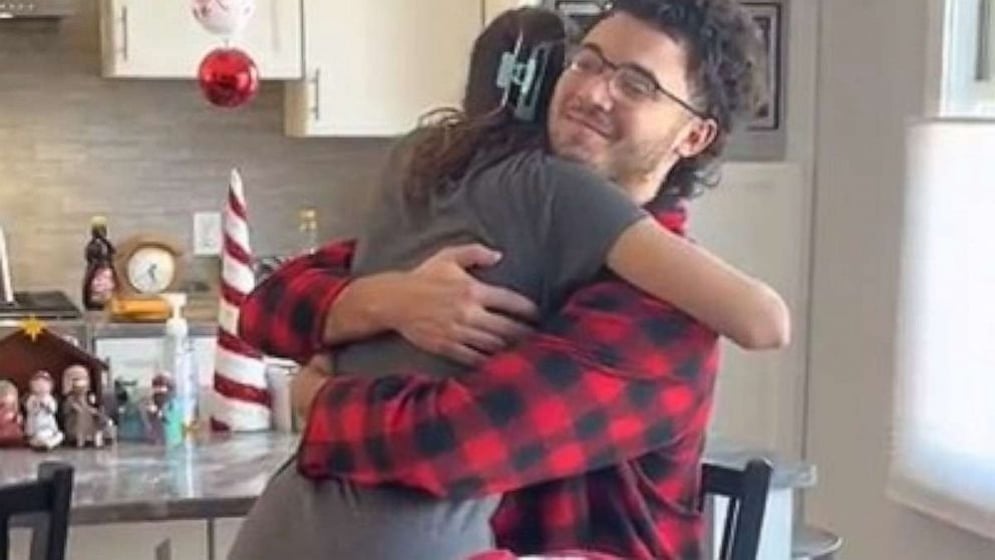 When the NCAA changed its policy in 2021 to allow college athletes to earn endorsement money, Indiana University basketball star Anthony Leal said he got straight to work.

Leal, now a junior point guard, took advantage of the new policy that, in addition to endorsement deals, allowed athletes to take on ventures like monetizing social media accounts, signing autographs, teaching camps and lessons, and starring in advertising campaigns, according to ESPN.

By last month, he said he had saved tens of thousands of dollars.

Instead of saving the money for himself or spending it, Leal decided to pay it forward.

On Christmas Day, Leal, who is on a basketball scholarship at IU, surprised his sister Lauren Leal by telling her he was paying off her five-figure student debt.

The basketball star, who is majoring in entrepreneurship and corporate innovation, said that only his father was fully in on the surprise. He said he told his dad back in 2021, when the NCAA policy changed, that one of his goals was to pay off his sister's debt.

"I'm on scholarships so I don't necessarily need the money, so I decided to try to use that to help my sister," he said. "It was nice to just be able to take that burden off her shoulders," he said.

A basketball player herself, she started off as a student athlete at DePauw University, a private liberal arts college in Indiana, but an injury ended her playing career. 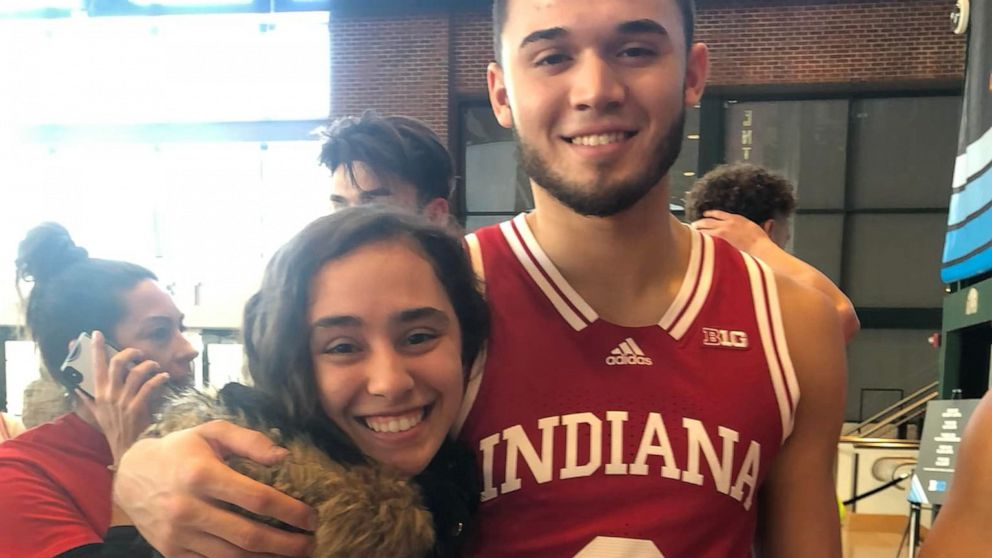 She then transferred to Indiana University, a public university where the average cost for an in-state undergraduate is $23,674 per year, according to the university's website.

Lauren Leal told "GMA" she knew she had major student loan debt, but was planning to face it after celebrating her birthday, graduation and Christmas, all three of which happened in December.

Anthony Leal declined to provide the exact amount of Lauren's debt, describing it only as a "very solid, five-figure number."

Lauren Leal described feeling like a huge weight was lifted off her shoulders, thanks to her brother's generosity.

"What was holding me back is no longer something that I have to worry about," she said. "So that's indescribable."

She said she plans to take a gap year before returning to school to become a physician assistant, or PA, a course of study that will take her at least two years to complete. She said she is currently working two jobs and, before her brother's surprise, was planning to take on a third job to pay off her undergraduate debt.

"Now I don't have to do that," she said. "Instead of saving off now to pay off student debt, I'm going to save now to pay when I have to pay debt after PA school, so I feel like I have a head start." 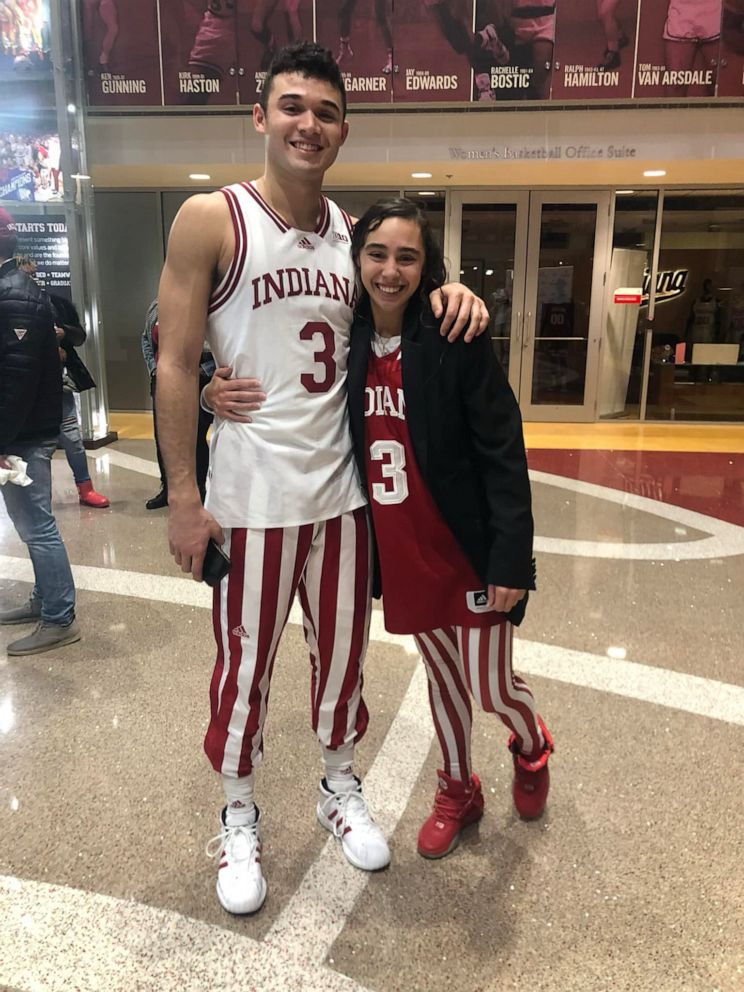 Student loan debt has been a topic of conversation lately in the U.S., as the federal government weighs changes to borrowing, including how much student loan borrowers will have to pay back.

Around 43 million federal student loan borrowers have accrued more than $500 billion in debt, according to previous ABC News reporting.

President Joe Biden's student loan forgiveness program, which would erase up to $10,000 in debt per borrower, or up to $20,000 if they received Pell Grants, has been hindered by court rulings since it was announced last August.

This week, the Biden administration announced a new rule allowing student loan borrowers to pay less money back on their loans and be on the hook for a shorter amount of time. If the rule moves forward, it would take effect later this year.

Anthony Leal told "GMA" that he knew the burden of his sister's debt, and that it "felt good" to be able to help her.

He surprised her with the news on Christmas morning by writing her a note, one that she read after the family had opened the rest of their Christmas presents. 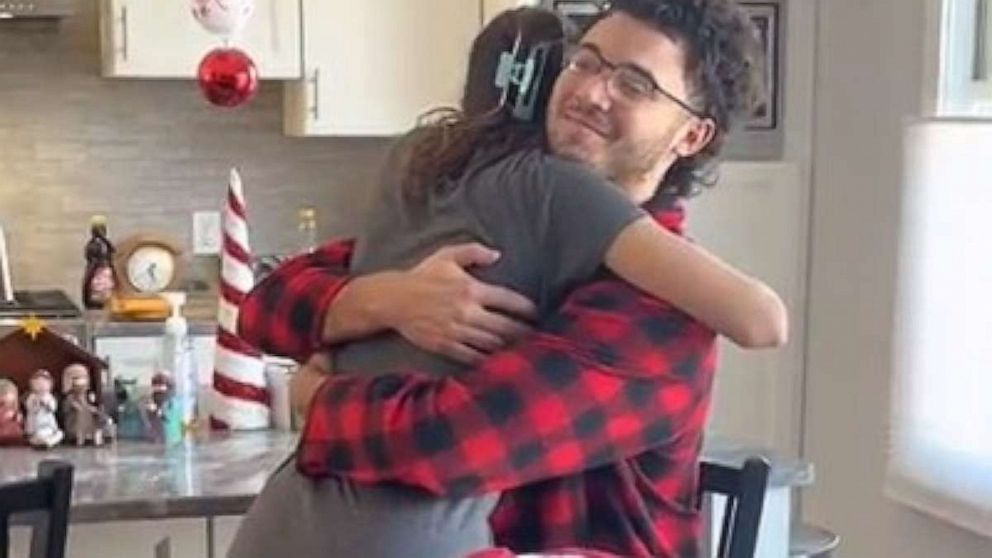 Courtesy Indiana University/Leal Family
Anthony Leal hugs his sister Lauren after surprising her with the news he paid her student loan debt.

"There is no doubt that I have made it to where I am today because of you," Anthony wrote. "Someone like you deserves no burdens or restrictions in life, and I feel that the best way to help with that is by paying off your student loan debt."

"It was a good little way to finish off Christmas morning," Anthony told "GMA," adding of his parents, sister and grandmother, "I was happy to put a smile on their faces."