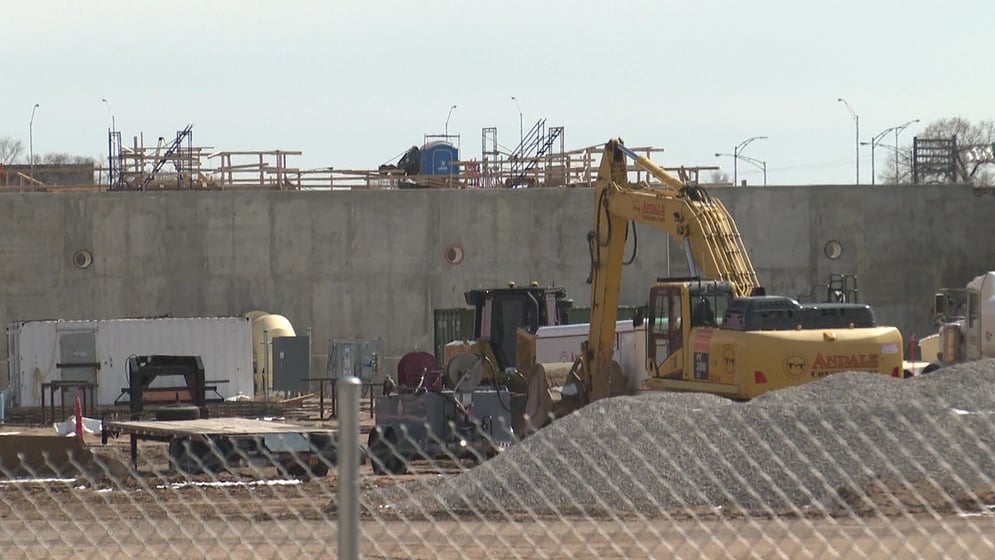 Utility Contractors, Inc. has been ordered to pay $13,880 in settlements stemming from the death of a 55-year-old worker at the site of Wichita's new water plant last year.

The Occupational Safety and Health Administration said a four-person crews was installing a 6-foot-by-48-inch pipe using chain hoists, chockers and a spreader beam at around 9:30 a.m. on March 10, 2022.

A chain link snapped, causing the spreader beam to swing at hit Manuel Esparza in the chest, killing him.

OSHA's report of the incident states the following:

The employer did not furnish employment and a place of employment which was free from recognized hazards that were causing or likely to cause death or serious physical harm to employees: On or about March 10, 2022, at the job site located at 5211 W. 21st St, Wichita, KS, the employer exposed employees to the recognized struck by hazard created when a hoist designed by the manufacturer to be used to lift loads vertically is misused and overloaded by (i) using the hoist to move a load in a horizontal direction-this is called sideloading-and (ii) allowing two employees to pull on the hand chains at the same time. During the installation of ductile iron pipe at a water treatment facility under construction, the employer, contrary to the hoist manufactures' instructions, used two manual vertical lift hoists in an attempt to apply horizontal force to insert a ductile iron pipe measuring four feet in diameter and six feet in length into an iron wall sleeve embedded in a concrete effluent box. The employer had successfully accomplished this task on two similar effluent boxes using an excavator and four feet by four feet piece of lumber to apply force to the pipe to seat it in the sleeve. This technique was approved by the pipes' manufacturer; however, it did not work on a third effluent box. After failing to seat the pipe on March 9, the employer had employees try to seat the pipe again on March 10 using a technique it improvised. The improvised technique used two manual chain hoists designed to lift loads vertically, a two-ton Coffing hoist and a two-ton CM series 622 hoist, to pull the pipes together horizontally. Also, contrary to the hoist manufacturer's instructions, the employer had two employees pulling on the hand chain of each hoist at the same time. This improvised technique was also contrary to the pipe manufacturer's instruction manual, which referenced special assembly tools and rigging where assembly of pipes by manpower is desired. The special tools consist of a heavy-duty roller chain hoist, a steel pipe-end hook and snatch block, and wire rope chain tackle to attach the rigging together to effect "double line" from the top of the pipe. The employer did not use the pipe manufacturer's special tools or follow the pipe manufacturer's instructions. As the employees pulled on the hand chains of the vertical hoists, one of links in the chain on the two-ton Coffing UN 007 hoist broke. The sudden release of tension caused the spreader beam to which the hoists were connected to swing, striking an employee in the head and chest and killing him.