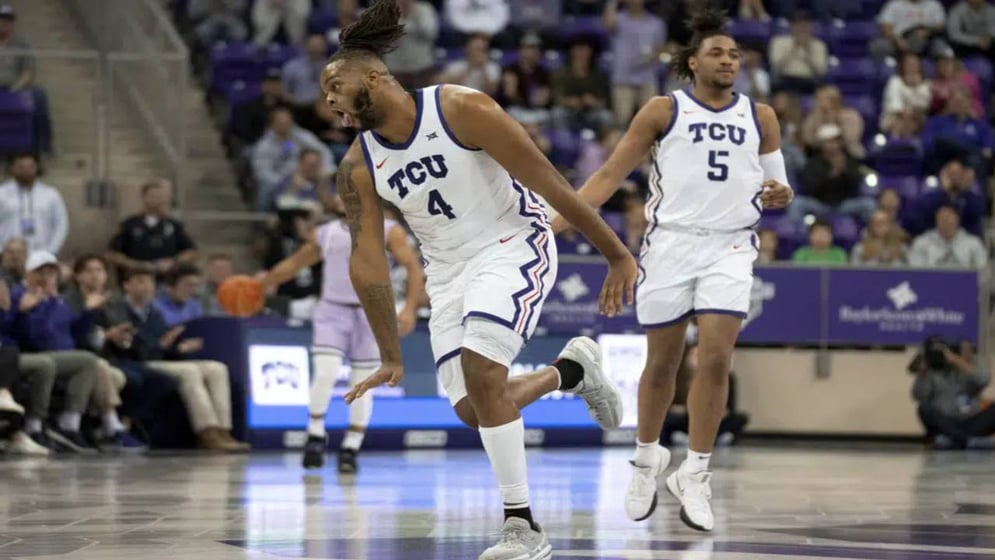 Mike Miles Jr. had a double-double with 13 points with 11 assists for the Horned Frogs (14-3, 3-2 Big 12), who were coming off back-to-back losses after an 11-game winning streak of their own. Damion Baugh had 11 points.

Kansas State (15-2, 4-1) had gone from unranked to the verge of the top 10 after winning three consecutive games against Top 25 teams. The Wildcats beat Oklahoma State in their first home game as a ranked team in four years on Tuesday, then jumped out to a 11-6 lead in their first road game before Lampkin and TCU took over.

Keyontae Johnson had 18 for the Wildcats, who trailed by as many as 25 points midway through the second half before some late baskets. Markquis Nowell finished with 16 points on 6-of-14 shooting, but only after scoring 14 in the final 5 1/2 minutes. Nowell was coming off four consecutive 20-point games.

Lampkin had back-to-back layups on passes from Miles during the middle of TCU’s second 13-2 run before halftime. He took an inbound pass from Miles, who then stole the ball from Nowell and was in the lane when he made a leaping no-look pass to his 6-foot-11, 263-pound teammate for another layup that made it 32-21. That run ended with consecutive baskets by Miller that made it 38-23.

During the middle of their earlier 13-2 run, which took the Frogs from a five-point deficit to leading for good, Lampkin made a layup with the crowd already in a frenzy. When he got back to the other end setting up for defense, Lampkin bent over and slammed both hands on the floor to fire up the fans even more.

Right after that, Chuck O’Bannon stripped the ball from Nae’Qwan Tomlin as he went up for a shot and passed ahead to Lampkin. A flagrant foul was called on Ismael Massoud and Lampkin hit one of the free throws for a 19-13 lead.

Kansas State: The Wildcats shot 43.1% (28 of 65), but had 20 turnovers, including seven by Johnson and six by Nowell — both season highs. K-State was down 22 points and Nowell had only two points before he made a 3-pointer with 5 1/2 minutes left and followed that with two quick layups.

TCU: The Horned Frogs played their fourth consecutive Top 25 opponent, and split those games. The two losses were by a combined six points, including the previous Saturday when Iowa State hit a late shot for a 69-67 win before the Frogs blew an 18-point lead in a 79-75 loss at No. 10 Texas on Wednesday night. ... Lampkin was 6-of-7 shooting, with a dunk and five layups, in only his fourth double-figure scoring game this season.

Kansas State won’t move into the top 10 for the first time since March 2013 when the new poll comes out Monday, but the Wildcats will still be solidly ranked. The Frogs were unchanged after a loss last week, and may be that way again when they will be ranked for the seventh consecutive poll.