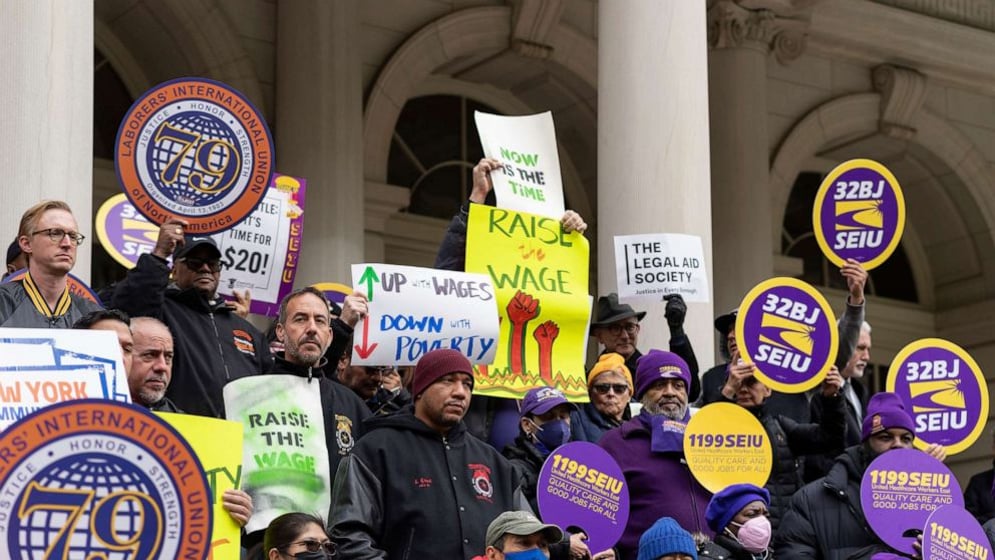 (ABC News) - With a new year comes a host of new laws and regulations in states and cities across the country.

Residents and business leaders will have to abide by some major changes to their current policies following laws passed by state legislatures and ballot measures approved by voters. These laws deal with issues like raising the minimum wage, improving workplace pay transparency and legalizing marijuana.

Here are some of the notable new laws to hit the books next year.

Twenty-seven states will see minimum wage increases in 2023 with the majority of the states implementing them starting Jan. 1.

Of the states that increased their minimum wages in 2023, Montana is the state with the lowest rate at $9.95 an hour, while Washington state is the highest at $15.74 an hour.

New York City, and its surrounding counties, will have a $15.00 minimum wage, which is 80 cents higher than the new minimum wage for the rest of the state, according to New York's minimum wage laws.

Oregon will decide its minimum wage in July based on the Consumer Price Index and there will be a different minimum wage for the Portland area. 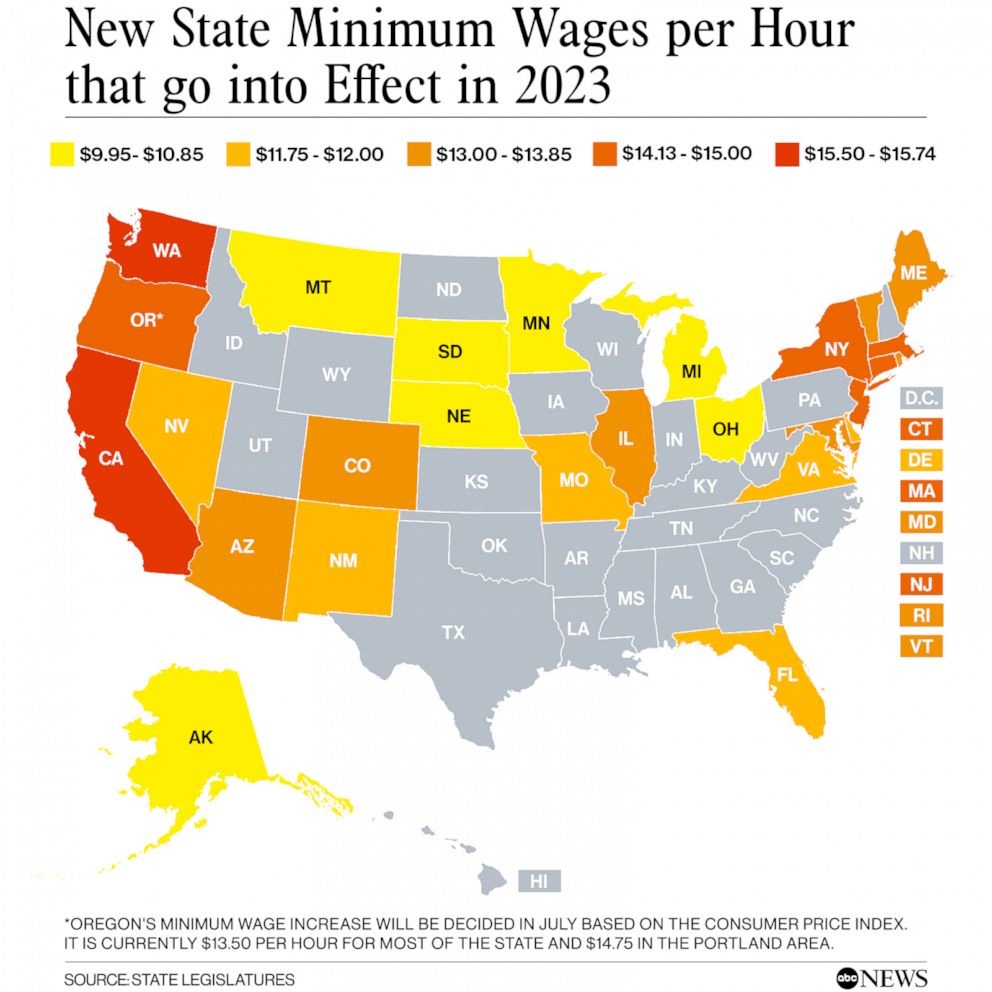 Two states are joining Oregon and New York City as locations that will require employers to post information about their salaries to prospective employees starting Jan. 1.

Under California and Washington state's pay transparency laws, businesses and organizations with more than 15 employees must include a pay scale for any external job postings for non-employee applicants, including postings published by third parties.

The California law also requires employers who have over 100 employees to submit an annual report to the California Civil Rights Department that includes their organization's pay data, the number of employees by race, ethnicity and sex for 10 specified job categories, and the mean hourly rates and summaries of earnings.

Maryland and Missouri are slated to roll out their rules and regulations for legalized recreational marijuana for adults over 21.

Voters in both states, which currently offer medical marijuana to adults, passed ballot measures in November that approved the change.

As of Jan. 1, 21 states and the District of Columbia offer adult residents legalized recreational and medicinal marijuana.

In 2020, Oregon voters approved a ballot measure that made the state the first in the nation to legalize recreational psychedelic mushrooms, specifically Psilocybin. However, adult residents will only be allowed to use the drug in a supervised, state-approved center.

Starting Jan. 4, 2023, the Oregon Health Authority will begin accepting applications for Psilocybin manufacturers and the agency is expected to begin opening Psilocybin centers for residents later in the year.

Colorado voters also passed a ballot measure in the last election to legalize psychedelic mushrooms. While the substance won't be available for some time as the state works out the specifics of its regulations, the state will decriminalize those substances by Jan 4, 2023, according to the Colorado Sec. of State's office.

Illinois is slated to become the first state in the union to end cash bail. Under the "SAFE-T Act," courts will use "a more equitable system where pre-trial detention is based on community risk rather than financial means," according to Gov. JB Pritzker's office.

California will become the first state to restrict the use of rap lyrics in criminal investigations in 2023. Under the law, a judge will have to determine the admissibility of the lyrics in question as evidence, and whether they are directly linked to an alleged crime.

Several states will have new regulations that will expunge the records of former felons who don't commit any crimes after they are released from prison.

Under Michigan's new rules, up to two felony convictions will automatically be expunged 10 years after a person's sentence is complete if they don't commit another crime.

There are several exceptions, including felonies that involve sex crimes, and a felony conviction for domestic violence.

California will allow people with violent felony records to petition to have their records sealed if they completed their sentence and have not had a new felony offense in four years.