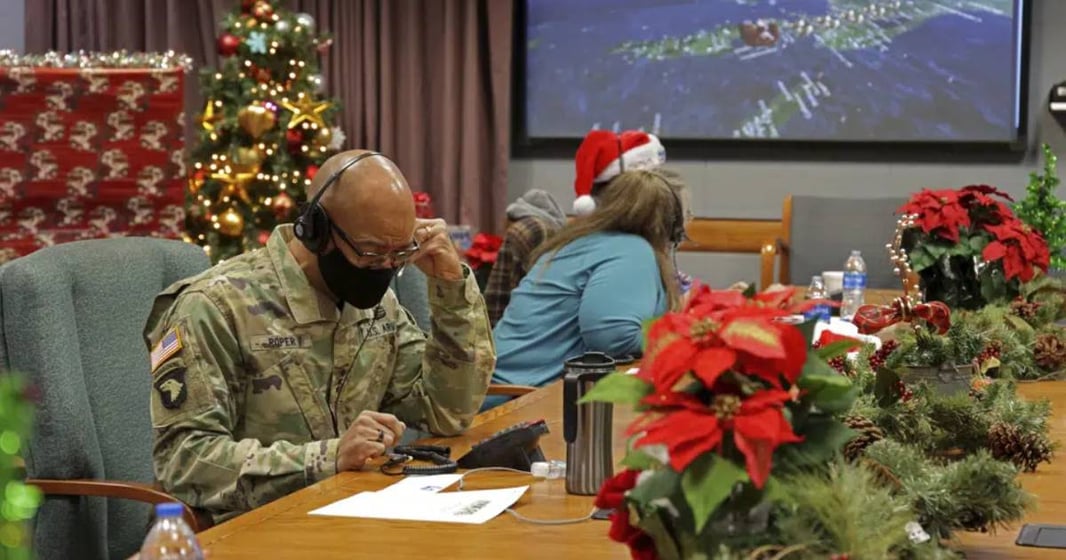 The agency this year plans to have about 1,500 volunteers working on Christmas Eve to field phone calls from children who want to know Santa’s location and delivery schedule.

Lt. General David Nahom, a NORAD official based in Anchorage, Alaska, said the pandemic has not affected Santa’s busy delivery schedule and he doesn’t expect any impact this weekend.

The freezing temperatures and heavy snowfall that’s disrupting holiday travel in the U.S. shouldn’t be a problem for a man who lives at the North Pole, Nahom said.

“I think Santa will be right at home with the Arctic weather that’s hitting into the lower 48,” Nahom said.

NORAD’s holiday tradition began in 1955 after a kid mistakenly called a Colorado military command asking to speak to Santa. More calls came in so the commander on duty assigned an officer to answer the Santa calls, and the tradition took hold.