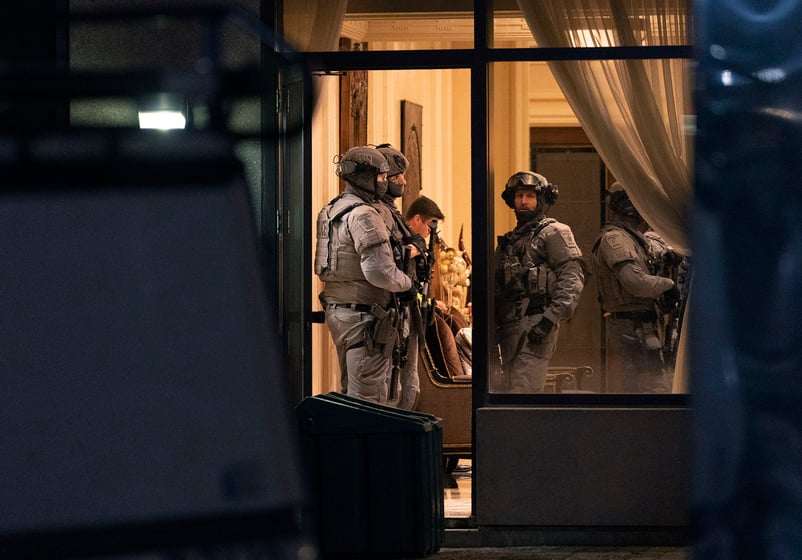 (CNN) -- Five people were killed in a shooting at a condominium in a Toronto suburb Sunday night, police said, a "terrible" crime that came amid Canada's efforts to tighten its gun control laws.

After responding to an active shooting call about 7:20 p.m. at the residential building in Vaughan, just north of Toronto, police found a "horrendous scene where numerous victims were deceased," York Regional Police Chief Jim MacSween said at a news conference. A male gunman, 73, was shot by an officer during a confrontation and died, the chief said.

Constable Laura Nicolle told CNN the incident was the "most terrible call I've seen in my entire career."

Officials identified the suspect as Francesco Villi, 73, who was a resident of the building. Villi died on the third floor following an interaction with officers, York Regional Police Chief Jim MacSween said during a news conference Monday afternoon.

The five victims were found in three separate units and lived in the building, MacSween said.

"Three victims were members of the condominium board, but the motive for the shooting remains part of this very complicated and very fluid investigation, which is still ongoing at this time," MacSween said.

Police are not releasing the names of the victims at this time but did say three men and two women were killed.

Additionally, a sixth victim -- a 66-year-old woman -- was seriously injured and remains in the hospital, according to MacSween. Her identity is not being released at this time.

Residents were evacuated while emergency response personnel worked to clear the building and ensure there were no more victims. The residents waited as police cleared the building floor by floor, eventually returning to their homes after midnight.

A motive in the shooting rampage has not been released and police did not share what led up to the killings. Authorities believe there is no longer any threat to the community.

"We offer our sincere condolences to the victims and their families," MacSween said.

Ontario's Special Investigations Unit, which is called in when officers discharge their firearm at a person, said in a release it is investigating.

Canada: More gun restrictions than US

Sunday's killings come in the wake of fresh moves by Canada's government to tighten gun control laws in the country, which has more gun regulation and far less gun violence than the US. Citizens may own firearms with a license; some must be registered.

In October, regulations went into effect banning the sale, purchase or transfer of handguns within Canada. Prime Minister Justin Trudeau had announced the changes in May. "We have frozen the market for handguns in this country," Trudeau said at a news conference in Surrey, British Columbia, attended by family members of gun violence victims and other advocates, Reuters reported.

"As we see gun violence continue to rise ... we have an obligation to take action," Trudeau added. "Today our national handgun freeze is coming into force."

Canada's gun homicide rate per 100,000 residents in 2019 was one-eighth of the US rate, according to the Institute for Health Metrics and Evaluation. The country's population is about 38 million, compared to the US population of about 332 million.

Canada's homicide rate rose for three years in a row starting in 2019, according to Statistics Canada, with 297 gun-related killings in 2021, the group said.

The US had more than 20,000 gun-related killings in 2021, the Centers for Disease Control and Prevention said.

Canada's deadliest mass killing was in May 2020, when 22 people were fatally shot or died in house fires set by a gunman in Nova Scotia. Less than two weeks later, Trudeau's government banned more than 1,500 models and variants of assault-style weapons, making their use, sale or importation illegal.

In June 2022, a shootout outside a bank in British Columbia left six officers injured and two suspects dead, authorities said.

Then in July, two people were killed and two injured in a series of shootings in Langley, near Vancouver in British Columbia, police said.