The weekend mass shooting at the Colorado Springs gay bar has reignited the debate over whether anti-LGBTQ political rhetoric encourages such attacks or otherwise helps create a hostile environment given the widespread access to high-powered weapons used in similar assaults.

Although they haven't ascribed an exact motive, or described any direct connection, authorities in Colorado say the suspect has been charged with both the murders of five people and bias-motivated hate crimes.

"This comes amidst a rise of violent rhetoric and threats against the LGBTQ+ people across the country. What we don't know yet -- while we don't know yet for certain the motive of this attack, hate has no place in this country, and neither do military style assault rifles, which is why we will continue to push for an assault weapons ban," White House press secretary Karine Jean-Pierre said during a press briefing Tuesday.

The attack, about midnight on Nov. 19, came on the eve of Transgender Day of Remembrance, which honors the memory of the lives of transgender people who have been victims of discriminatory violence. Authorities say the suspect, using a long gun and handgun, opened fire in Club Q, a self-described "safe haven" for LGBTQ residents of Colorado Springs.

A bipartisan slate of lawmakers have responded to the attack -- including some Democrats who touched not only on the tragedy itself but more broadly on gun and anti-LGBTQ violence at a time when the issues are already top of mind on the national political stage around the midterm elections. 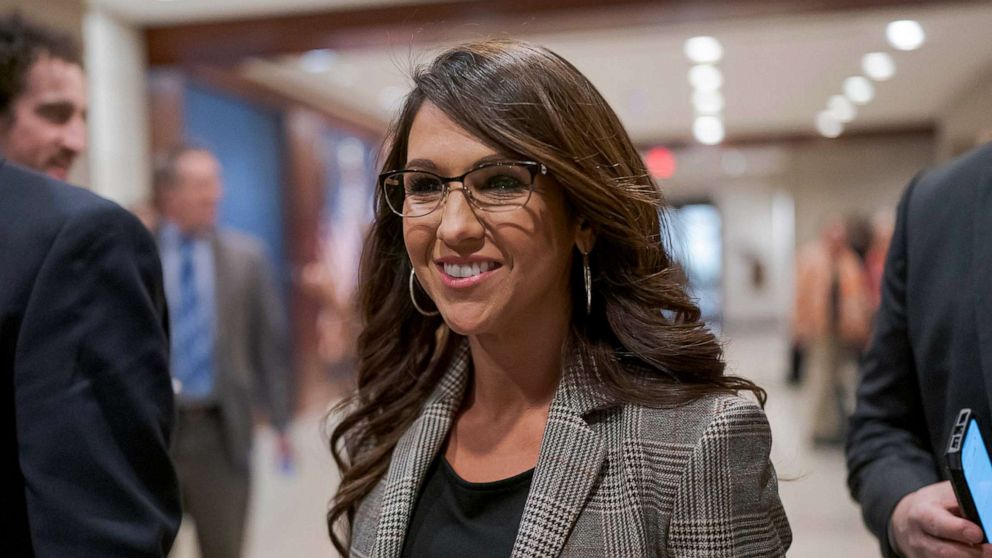 "LGBTQ+ clubs are often a place of refuge and affirmation for our community, yet once again what should have been a safe space became the target of a violent and deadly attack," he said. "We know the toxic combination of hate and access to guns in this country leads to deadly results."

The tragedy occurred in the backyard of one of Congress' staunchest gun rights advocates -- Republican Rep. Lauren Boebert -- who tweeted prayers for the victims of the mass shooting, much to the ire of Democrats who said her past remarks about the LGBTQ+ community helped lead to the attack.

"I was elected here in Colorado just like Lauren Boebert was. I was elected by a much larger margin than Lauren Boebert was in Colorado," he said on ABC'S "The View" Tuesday, making a veiled nod to the incumbent congresswoman's recent reelection on Friday, when Democrat Adam Frisch conceded in what had been one of the closest races of the 2022 election and was pending a recount.

"And I can tell you on our Christmas cards, we absolutely have no guns, no guns whatsoever. They are peaceful joyous cards appropriate with holiday spirit."

Boebert tweeted: "The news out of Colorado Springs is absolutely awful. This morning the victims & their families are in my prayers. This lawless violence needs to end and end quickly."

"You don't get to 'thoughts and prayers' your way out of this," Rep. Alexandria Ocasio-Cortez, D-N.Y. tweeted in response to Boebert, whose congressional district shares a border with that of Rep. Doug Lamborn, who represents Colorado Springs.

"You have played a major role in elevating anti-LGBT+ hate rhetoric and anti-trans lies while spending your time in Congress blocking even the most common sense gun safety laws," Ocasio-Cortez said.

Boebert has tweeted earlier statements such as "take your children to CHURCH, not drag bars." The targeted bar, Club Q, was scheduled to host its weekly drag show the next day, according to its website. 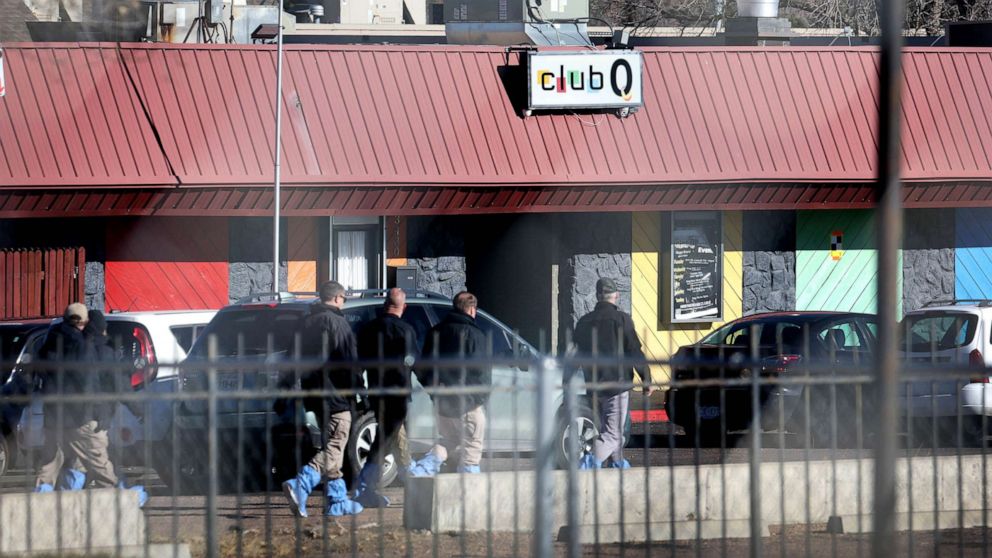 "I am saddened to hear of the senseless loss of life in the shooting last night. Law enforcement and first responders are to be commended for their rapid response," he said in a tweet.

"All people should pray for the victims and their families."

Lamborn has supported anti-transgender legislation in Congress, pushing for funding to be withheld from PBS and NPR after the children's cartoon "Arthur" aired an episode with a same-sex wedding. He voted against the federal Equality Act in 2021.

Another nearby GOP congressman, Rep. Ken Buck of Colorado's 4th Congressional District, condemned the attack in a tweet without directly commenting on gun violence or attacks on the LGBTQ community.

"This is horrifying. Praying for all those affected by the tragic and senseless attack in Colorado Springs," he said.

Congress is poised to soon pass landmark legislation to federally enshrine both same-sex and interracial marriage rights, called the Respect for Marriage Act. Separately, the nation is still grappling with a significant uptick in mass shootings for 2022, so far one of the deadliest years on record.

President Joe Biden on Monday statement urged Congress to pass LGBTQ-centered pieces of legislation while nodding to a gun safety law he signed earlier this year, noting that the country needs to "do more," about the issue.

"We know that gun violence has a particular impact on LGBTQI+ communities across our nation. We must address the public health epidemic of gun violence in all forms. I signed the most significant gun safety law in nearly three decades, but we must do more. And we must drive out the inequities that contribute to violence against LGBTQI+ people. We cannot tolerate hate," he said.

"I continue to urge state leaders to combat the disturbing wave of discriminatory state laws targeting young transgender Americans -- legislation that hurts young people who aren't hurting anyone. With Congress poised to pass the bipartisan Respect For Marriage Act, I also reiterate my call for them to likewise pass the Equality Act and provide long overdue protections to transgender and all LGBTQI+ Americans," Biden said.