Trump and other Republicans are already casting doubt on midterm results 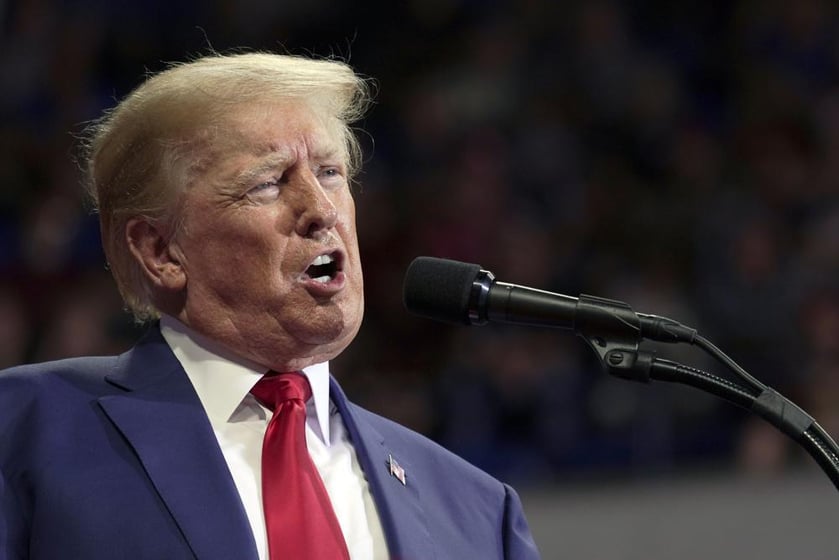 (CNN) -- Former President Donald Trump posted on social media on Tuesday to cast doubt on the legitimacy of the midterm election in the critical swing state of Pennsylvania. "Here we go again!" he wrote. "Rigged Election!"

Trump's supposed evidence? An article on a right-wing news site that demonstrated no rigging. Rather, the article baselessly raised suspicion about absentee-ballot data the article did not clearly explain.

In 2020, Trump and his allies made a prolonged effort to discredit the presidential election results in advance, spending months laying the groundwork for their false post-election claims that the election was stolen. Now, in the weeks leading up to Election Day in 2022, some Republicans have been deploying similar -- and similarly dishonest -- rhetoric.

Trump is not the only Republican trying to baselessly promote suspicion about the midterms in Pennsylvania, a state that could determine which party controls the US Senate.

After Pennsylvania's acting elections chief, Leigh Chapman, told NBC News last week that it could take "days" to complete the vote count, Republican gubernatorial candidate Doug Mastriano, who has repeatedly promoted false conspiracy theories about the 2020 election, said on a right-wing show monitored by liberal organization Media Matters for America: "That's an attempt to have the fix in."

It isn't. It simply takes time to count votes -- especially, as Chapman noted, because the Republican-controlled state legislature has refused to pass a no-strings-attached bill to allow counties to begin processing mail-in ballots earlier than the morning of Election Day.

But other prominent Republicans piled on Sen. Ted Cruz of Texas tweeted a link to an article about Chapman's comments and added: "Why is it only Democrat blue cities that take 'days' to count their votes? The rest of the country manages to get it done on election night."

Counties of all kinds across the country -- including, as PolitiFact noted, some Republican counties in Cruz's state of Texas -- do not complete their vote counts on the night of the election. In fact, it is impossible for many counties to have final counts on election night.

The health challenges of the Democratic candidate in Pennsylvania's Senate race, Lt. Gov. John Fetterman, have also been used to cast preemptive doubt on the possible outcome.

After Trump was defeated by Joe Biden in 2020, some right-wing personalities insisted the election must have been stolen because Biden was such a poor candidate. On Fox last week, as Media Matters noted, prime-time host Tucker Carlson made a similar argument about Pennsylvania's Senate race -- suggesting people should not accept a Fetterman win because it would be "transparently absurd" for a candidate who has had difficulties with public speaking and auditory processing since a stroke in May to legitimately prevail.

But there would be nothing suspicious about Fetterman winning in a state Biden won by more than 80,000 votes in 2020. Fetterman has led in many (though not all) opinion polls -- and polls have repeatedly found that Pennsylvania voters continue to view him far more favorably than they view his Republican opponent, Dr. Mehmet Oz.

Questioning the legality of votes in Detroit

The city of Detroit, like other Democratic-dominated cities with large Black populations, has been the target of false 2020 conspiracy theories from Trump and others. And now the Republican running to be Michigan's elections chief is already challenging the validity of tens of thousands of Detroit votes in 2022.

Less than two weeks before Election Day, Kristina Karamo, a 2020 election denier and the Republican nominee for Michigan secretary of state, filed a lawsuit asking a court to "halt" the use of absentee ballots in Detroit if they weren't obtained in person at a clerk's office and declare that only those ballots obtained via in-person requests can be "validly voted" in this election. That request would potentially mean the rejection of thousands of votes already cast legally by Detroit residents -- in state whose constitution gives residents the right to request absentee ballots by mail.

Karamo's lawyer vaguely softened the request during closing arguments on Friday, The Detroit News reported. And other prominent Republicans have so far kept their distance from the lawsuit.

Nonetheless, the suit sets the table for Karamo, who is trailing in opinion polls, to baselessly reject the legitimacy of a defeat.

Other Republican candidates have vaguely hinted at the possibility that Democrats might somehow cheat on Election Day or during the counting of the votes.

Republican Sen. Ron Johnson of Wisconsin told reporters this week that "we'll see what happens" when it comes to accepting the results of his reelection race, The Washington Post reported, adding: "I mean, is something going to happen on Election Day? Do Democrats have something up their sleeves?"

The Daily Beast reported that Blake Masters, the Republican Senate candidate in a tight race in Arizona, told a story at an October event about how he can't prove it's not true that, if he beats Democratic incumbent Sen. Mark Kelly by 30,000 votes, unnamed people won't just "find 40,000" for Kelly. He told a similar story at an event in June.

There is no basis for the suggestion that there could be tens of thousands of fraudulent votes added to any state's count. But Masters' comment, like Karamo's lawsuit, achieves the effect of many of Trump's pre-Election Day tales in 2020: prime Republican voters to be distrustful of any outcome that doesn't go their way.