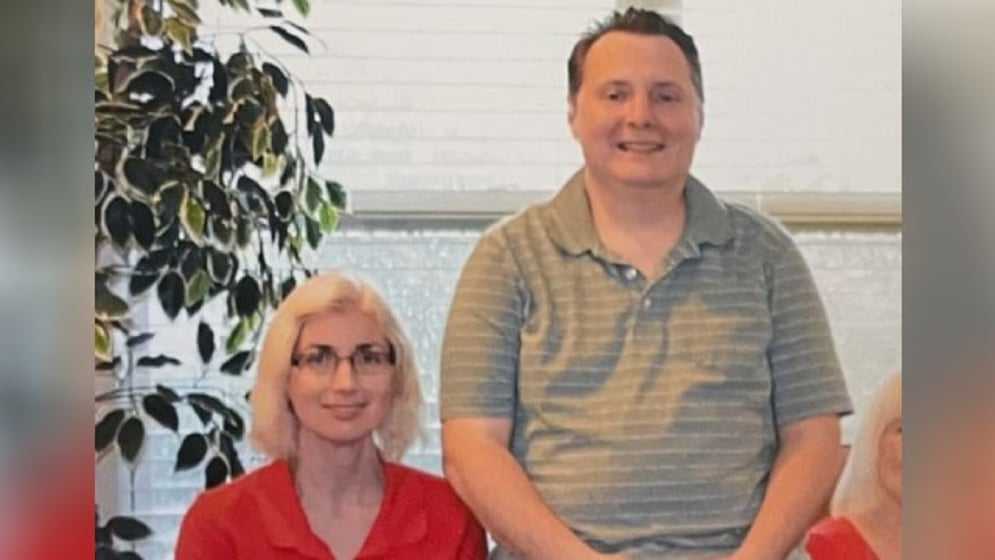 Michigan police are searching for a family of four who they say have vanished without a trace after the father exhibited "paranoid behaviors" last weekend.

Anthony "Tony" John Cirigliano, 51, his wife Suzette Lee Cirigliano, 51, as well as their two sons, Brandon Michael Cirigliano, 19, and Noah Alexander Cirigliano, 15, have not been seen or heard from since Oct. 16. The family "unexpectedly" left their house in Fremont, about 45 miles north of Grand Rapids, and are believed to be traveling in a silver 2005 Toyota Sienna LE minivan with Michigan license plates, according to the Fremont Police Department, which is leading the investigation, and the Michigan State Police, which is assisting. The sons both have autism.

The family's cellphones have all been turned off and they left behind their pets as well as Suzette's elderly mother, who has dementia and requires full-time care, police said. The grandmother, who lives with them, was found disoriented in the neighborhood on Oct. 17 and police were unable to reunite her with the family. She is now being cared for by other relatives, according to Fremont Police Chief Tim Rodwell.

"They're all very concerned that Tony and Suzette and the boys have not been in contact with anyone," Rodwell told Grand Rapids ABC affiliate WZZM.

Police responded to the Ciriglianos' home shortly after midnight on Oct. 16 after Tony called 911 expressing concern about information he said he had about the terrorist attacks on Sept. 11, 2001, according to Rodwell.

"My officers talked with him at length and just were concerned about his mental well-being," he said. "They made contact with Suzette and looked at the two boys to make sure they were OK."

Tony, who is self-employed, has no known mental health issues and police didn't find any signs of foul play, struggle or violence inside the home to indicate a suspicious disappearance, according to Rodwell, who told WZZM that he is worried about the family.

"Everyone describes [Tony] as an extremely loving father, dedicated to his family," the police chief added. "It's really been an all-hands-on-deck for the officers in Fremont."

Rodwell said the Ciriglianos do not have a history of run-ins with police, apart from an issue involving Brandon that occurred last summer in downtown Fremont. But Rodwell said the family was "very cooperative" and the matter was settled "amicably."

"My officers found Tony to be, again, very loving and caring and worried about his kid," he noted.

So far, investigators have no indication of the family's whereabouts or what direction they may have gone in, but Rodwell confirmed they are not at home or in the community.

Both police and neighbors described the Ciriglianos' disappearance as "uncharacteristic" because the family is known to spend a lot of time at home and typically don't travel far when they do leave.

One neighbor, Sue Schondelmeyer, told WZZM that the Ciriglianos moved to the neighborhood about five years ago. Previously, the family lived in North Carolina, according to Rodwell.

"They were always friendly," Schondelmeyer said. "When I moved in, they brought me cookies."

"When my power was out, [Tony] helped with the generator to boost my power, my refrigeration and wouldn't even take money for the gas," she added.

Schondelmeyer told WZZM that she would always see the Ciriglianos out walking. Her grandchildren would often hang out with Brandon and Noah whenever they were visiting, she said.

"I realized I hadn't seen them this week," she added. "It is kind of scary to think that a whole family can just disappear with nothing."

As for the minivan the Ciriglianos are believed to be traveling in, Schondelmeyer said she only saw the vehicle for the first time a couple weeks ago. She recalled Tony had driven it home and Brandon and Noah were checking it out.

"That was the first and only time I've ever seen it," she told WZZM. "They usually had just plain cars, not a van."

Another neighbor, Josh Brinkman, told WZZM his family is friends with the Ciriglianos and that he goes to school with the two boys, whom he described as having "high-functioning autism." Brinkman said he hasn't hung out with Brandon or Noah in a while and that the last time he did, about two months ago, everything seemed "normal."

As for the boys' father, Brinkman said Tony is a "good guy" and has never shown any strange behavior, despite losing his job a few years ago. When asked if he has a message for the Ciriglianos, he urged them to "stay safe" and let their family and friends know if they're OK.

"We care about you," he added.