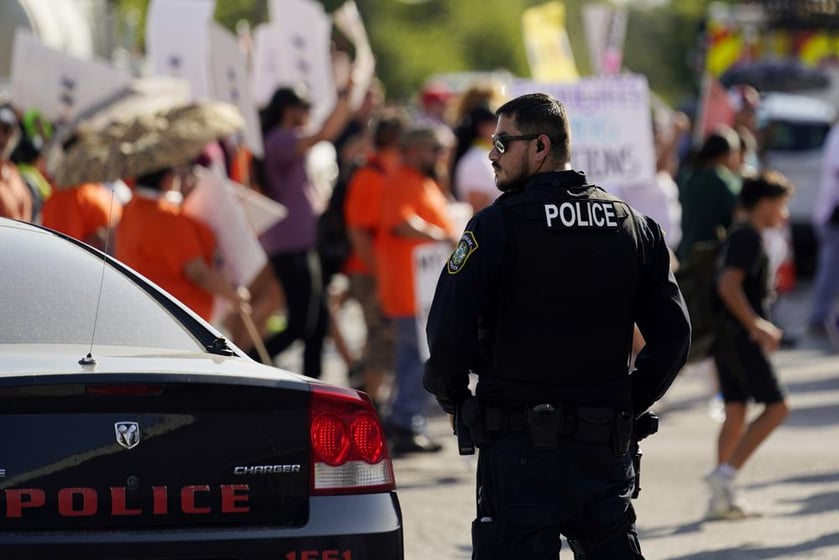 UVALDE, Texas (AP) — Uvalde’s school district superintendent announced Monday he plans to resign by the end of the academic year, following months of community outrage over the handling of the United States’ deadliest school shooting in nearly a decade.

“My heart was broken on May 24th,” Hal Harrell said in a statement.

The Uvalde school board voted unanimously Monday evening to begin the search for Harrell’s successor.

Harrell, law enforcement, the school board, and other school officials have faced heavy criticism over their actions — and inaction — during the massacre of 19 fourth-graders and two teachers at Robb Elementary School. Officers allowed the shooter to remain inside a classroom for more than 70 minutes.

Texas lawmakers issued a damning report this summer that found “systemic failures and egregiously poor decision making” by both police and school officials.

Harrell’s resignation statement was posted on his wife’s Facebook page because he said he doesn’t have an account.

“I have been blessed to work among amazing educators and staff who believe in education for more than 30 years, which have all been in our beautiful community. These next steps for our future are being taken after much reflection, and is completely my choice,” he wrote.

The Facebook post, first reported by CNN, was initially made public on Monday but was no longer accessible a few hours later. The Uvalde school board did not respond to requests for a copy of Harrell’s statement.

Just a day earlier, the district fired a recently hired school police officer who had been a Texas state trooper on the scene at Robb Elementary when the shooting took place. The district hired the ex-trooper, Crimson Elizondo, even though school officials knew she was one of seven troopers on the scene, all of whom are under internal investigation for their actions that day. She had quit the Texas Department of Public Safety.

That these developments all come just a month into the new school year underscores the sustained pressure that families of some of the slain children and teachers have kept on the district.

In July, the Uvalde school board called a special meeting to hear from parents. At that meeting, Harrell apologized for previously being “too formal” and not letting victims’ families say their piece.