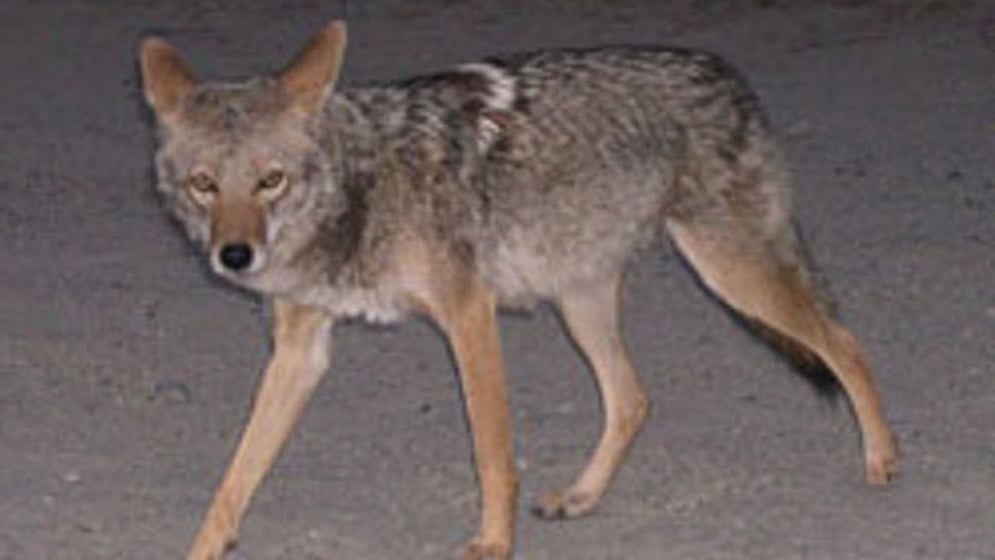 MAIZE, Kan. (KAKE) - Officials in suburban Wichita are warning residents about an uptick in coyote sightings.

The Maize Police Department said Thursday that there have been several coyote sightings in various residential neighborhoods.

"We want to remind residence [sic] to be mindful when letting or leaving pets outside, especially if they are not in fenced in yards," the department said on Facebook. "Coyotes will often attack and kill domestic pets, but will typically shy away from humans unless they are cornered."

Officials say coyotes are generally nocturnal and seldom seen, but you may spot them as they move from one part of their territory to another in search of prey.

"Observing a coyote in this manner (even during the daytime) does not mean that the coyote is sick or aggressive. If the coyote is scared away by your presence, they are exhibiting natural behavior and this should not be cause for concern," MPD's Facebook post says.

But if a coyote doesn't run when encountering people, police say it most likely has become accustomed or habituated to humans, which can occur when a coyote has been fed.