Russia has spent over $300 million on influencing foreign elections since 2014, US officials say 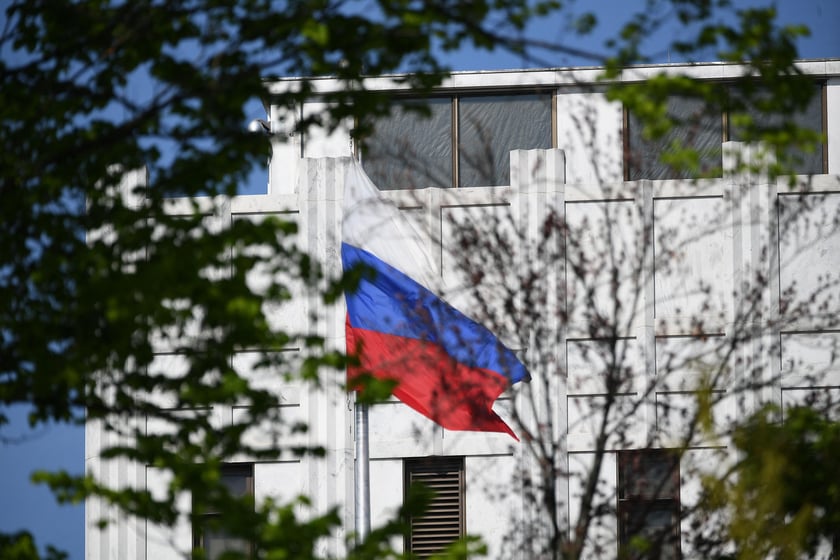 The Russian flag flies at the embassy's compound in Washington on April 15, 2021
MANDEL NGAN/AFP/Getty Images

(CNN) -- Russia has covertly transferred over $300 million to foreign political parties around the globe since 2014, a senior Biden administration official said Tuesday, citing a review by the US intelligence community.

"In its review, the IC found that Russia has covertly transferred over $300 million dollars, and planned to covertly transfer at least hundreds of millions more to foreign political parties, officials and politicians in more than two dozen countries and across four continents in this period," the official told reporters, adding that "Russia likely has transferred additional funds covertly in cases that have gone undetected."

Russia is motivated by "trying to advantage specific political parties and undermine democracy in all of these countries," the official said. "Our view is one of the most effective ways to counter Russian covert influence is to expose it."

The findings from the review -- ordered by Biden administration officials earlier this summer -- were downgraded so that the information could be shared with the public and with allies around the world, the official said.

The US shared the findings as well as and steps that can be taken to counter this threat with the countries invited to the Summit for Democracy, which will take place in December. The US is also quietly briefing countries that were impacted.

"The US intelligence community is privately briefing select countries on Russian covert financing targeting their specific political environments. We're keeping these briefings confidential given the sensitivity of the data, and to empower these countries to enhance their election integrity privately," the official said.

The Biden administration hopes there will a number of benefits from sharing this information publicly, including: raising global awareness about the threat of Russian covert political financing, triggering other countries to come back to the US with their own information about Russia's operations, and making clear that Russia's covert political influence is a "global phenomenon that demands coordinated action," the official said.

Russia and the parties it supports are also put "on notice" now that this information is public.

"By shining this light on Russian covert political financing and Russian attempts to undermine democratic processes, we're putting these foreign parties and candidates on notice that if they accept Russian money secretly, we can and we will expose it. So we really see this multifaceted benefit from sharing this IC study in the way that we are," the official said.