Pilot arrested after threatening to crash plane into Mississippi Walmart 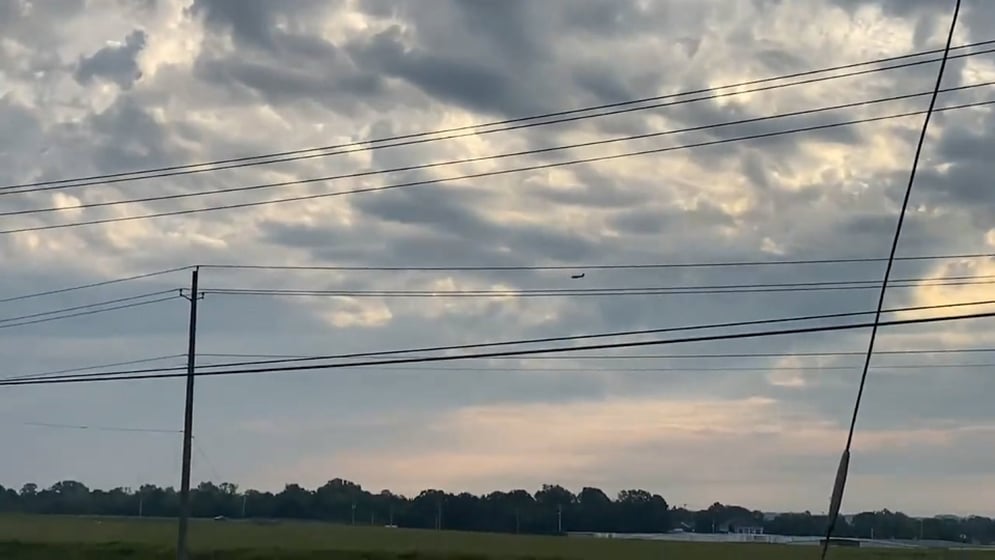 A small plane that circled for hours over Tupelo, Mississppi, and surrounding areas landed in a field in Ripley, Mississippi, the FAA said

(CNN) -- A worker at an airport who stole a twin-engine plane Saturday morning and threatened to crash it into a Mississippi Walmart was arrested after he eventually landed in a field, police said.

In a news conference Saturday, Tupelo Police Chief John Quaka identified the arrested pilot as Cory Wayne Patterson, an employee with Tupelo Aviation for the past 10 years.

"We do know Patterson has some flight instruction," Quaka said. "We do not believe he is a licensed pilot. That is still ongoing, to discover that."

As a lineman, Quaka said, Patterson is responsible for fueling aircraft. The chief said the plane was fully fueled the night before.

Around 5:23 a.m., Patterson called Lee County 911 from the aircraft and said he was going to crash the plane into the West Main Walmart in Tupelo, Quaka said. Soon thereafter, the store and surrounding areas were evacuated. Numerous major streets in Tupelo were shut down as well, according to the chief.

The Tupelo Walmart store was "closed and evacuated," Charles Crowson, director of the Walmart Press Office, told CNN earlier, while the plane was airborne.

Quaka said negotiators from Tupelo Police contacted the pilot and convinced him to land the plane at Tupelo airport. A private pilot assisted police in helping Patterson, but upon final approach the pilot aborted the landing and traveled northwest, Quaka said. Several counties were notified of what was going on, Quaka said.

More than four hours later, Patterson made a Facebook post. "In essence, it said goodbye. At this point, we knew he was getting close to running out of fuel," Quaka said.

After police lost and then re-established radar contact with the plane, Patterson confirmed he had landed in a field, according to the chief.

Soon thereafter, Patterson was taken into custody and charged with grand larceny and making terroristic threats, the chief said.

Quaka said he anticipated the federal government will proceed with federal charges.

The FAA says it is investigating the incident. The FBI field office in Jackson, Mississippi, also was involved in the incident response, a spokesperson said.

Roxanne Ward, 42, told CNN the plane landed behind the Gravestown Fire Department near her home about 10:20 a.m.

"He landed pretty hard," she said.

Video she shared with CNN shows the small plane largely intact in a field with law enforcement surrounding the pilot.

Ward heard the plane coming and ran over to her father-in-law's house to hide in the basement, she said. "That's when we heard the thud."

In response to a reporter's question, Quaka said he has been in contact with the pilot's family, who is "very concerned" about Patterson's well-being.

"Thankful the situation has been resolved and that no one was injured," Gov. Tate Reeves said in a tweet. "Thank you most of all to local, state, and federal law enforcement who managed this situation with extreme professionalism."