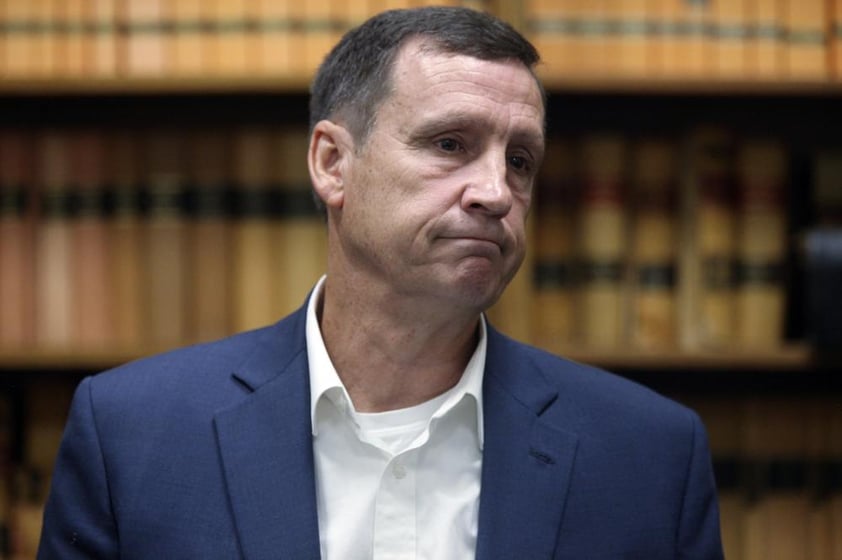 TOPEKA, Kan. (AP) — The Kansas Republican Party tried Thursday to undercut a state lawmaker’s independent candidacy for governor by texting people who signed his petitions for the November ballot to urge them to remove their names.

The texts told the signers for state Sen. Dennis Pyle’s bid that their names are on petitions to help Democratic incumbent Laura Kelly win reelection. Pyle, from Hiawatha, has clashed with GOP leaders and was a Republican until June. He called the text message “a blatant lie.”

Pyle submitted petitions with nearly 8,900 signatures to the Kansas secretary of state’s office on Monday for verification that the signers are registered voters, as required. State law requires 5,000 valid signatures, and typically exceeding that number by several thousand gets someone on the ballot. State law gave signers until midnight Thursday to reconsider.

“URGENT: Your name is on a petition to help Laura Kelly get elected,” the text message said. It state that it was paid for by the state Republican Party and provided links for people to remove their names.

As of Thursday evening, only one name had been removed by request.

Schmidt’s campaign has dismissed Pyle as a “fake conservative” and a “vanity candidate.” Shannon Pahls, the state GOP’s executive director, said it received a list of some signers through an open records request and began texting them.

Pahls defended the texts, saying they were a response to the efforts by Kelly’s allies to help Pyle.

“We believe Kansans should be aware of that, and aware of their right to remove their name,” she said in a statement.

Pyle is a strong abortion opponent and advocate of spending and tax cuts who has publicly doubted the validity of the 2020 election. Schmidt, too, opposes abortion and describes himself as a conservative.

But Schmidt worked for moderate Republican U.S. senators at the start of his career, and doubts about him have lingered among hard-right Republicans. Pyle describes both Kelly and Schmidt as liberals, predicted he will unite conservatives and said GOP leaders accept that Schmidt’s nomination was “a huge mistake.”

“They need to stop whining about me being a spoiler, and they need to put on their big boy pants,” he said.