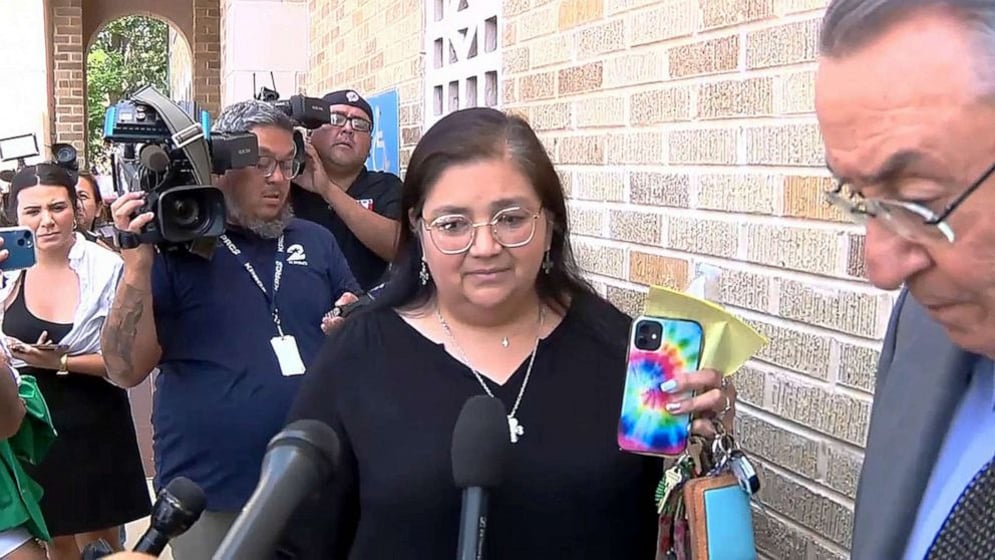 A special legislative investigation into the May 24 massacre at the school found that Gutierrez was aware of security problems prior to a shooter accessing the school -- killing 19 students and two teachers -- but she had not had the problems fixed.

District officials declined to discuss the suspension or what it means.

The chief has been singled out for a series of catastrophic failures in leading the police response to the massacre that ignored the possibility that children and teachers could be saved had the teenage gunman been confronted and neutralized, as standard police protocol dictates.

News about Gutierrez's suspension began circulating just before a regularly scheduled school board meeting Monday night. During the session, the board announced that the 2022-23 school year would start on Sept. 6 as the district puts in place a series of security improvements and arrangements for emotional and social support services.

Before officials announced their plans, the board was again greeted by family members of victims of the shooting, as well as other community residents disturbed with the way the district's leaders have acted since May 24.

"These parents are still hurting. And they want answers," Daniel Myers, a pastor, told the board.

Brett Cross, father of Uziyah Garcia, who was killed in the massacre, pointed to board members, saying only one of those present had reached out to his family. He demanded someone on the board take responsibility for failures that allowed the shooting to occur in the first place and how the district has handled the aftermath.

"You care more about your damn selves than you do for our children," Cross told the board. "Why have y'all still not taken accountability for y'all's mess-ups? Can any one of y'all look me dead in the eyes and say, 'Look, we messed up?'"

Finally, board member Luis Fernandez confessed that "everybody messed up."

So, let's recap: Two months later... nothing has changed," Belinda Arreola told the board. "We are once again banging our heads against a brick wall, demanding answers and accountability... Getting nowhere because it's always something."

"I feel that no amount of security will ease our hearts and our minds," Tracy Byrd said, pointing to the significant loss of life, despite heavy law enforcement response. The board did not respond.

Among the security improvements announced were that Wi-Fi and communications problems identified by investigators would be the subject of an audit starting Tuesday. Officials are also now conducting a search for an interim district police chief, and the district police force will be reorganized. Other improvements announced were that new video camera systems have arrived and are being installed this week, and vestibules and school access points are being reviewed by consultants and limited.

The district’s Raptor security system is being reworked so emergency alerts are clearer for users. The district has also asked for 30 to 40 state troopers to be on hand to assist on the first day of school.

Among social and emotional support announced were that there will be five more licensed counselors, one per campus, as well as telemedicine to include psychiatric and counseling services via the UT Health System. It was also announced that the district will use the Rhithm app, a morning assessment to ask students how they’re doing and feeling, and that parent support will be available via the Bereavement Center, to include individual support available to anyone in the community in need.