30 days since Roe was overturned: How the country has changed 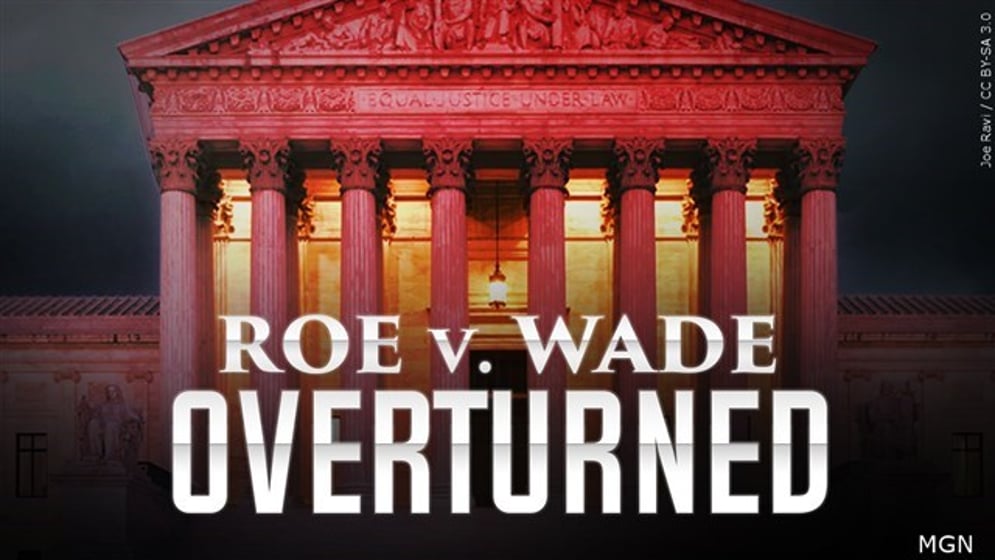 In the 30 days since the Supreme Court overturned Roe v. Wade, the abortion landscape in the United States has dramatically changed.

The 5-4 decision was related to a Mississippi law that banned abortions after 15 weeks. Chief Justice John Roberts voted with the majority to uphold the Mississippi law but joined the liberal justices in voting to not overturn Roe.

Because of the ruling, states can essentially establish their own laws. This means depending on where Americans live, people either have unfettered access, limited access or no access at all to abortion.

Many states had so-called trigger laws that immediately banned abortion once Roe was struck down. Others had laws written prior to the court's decision that they were able to enact after abortion rights were overturned.

A handful of other states have gone the other way and signed executive orders and directives strengthening access to abortion and protecting those who seek or perform the procedure.

Patient care has changed, too. Abortion providers in states where access is still available are seeing more out-of-state patients than ever before, while OBGYNs told ABC News more women are requesting sterilization over concerns their current methods of birth control will fail and they won't be able to get an abortion.

Since Roe v. Wade was overturned, at least 13 states have ended nearly all abortion services. 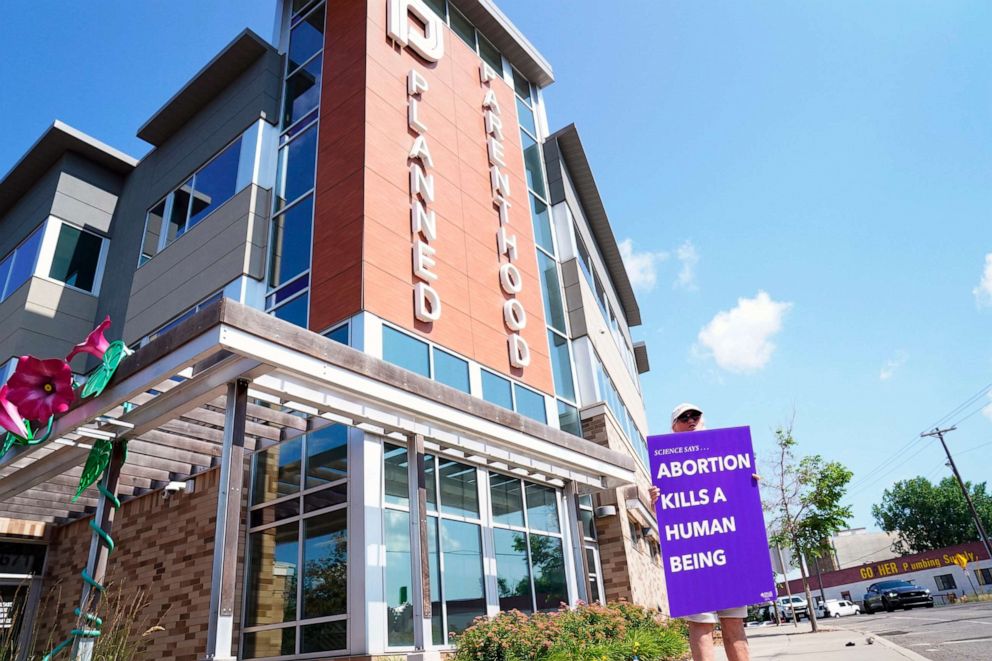 This has led to the U.S. being made up of a patchwork of abortion laws.

At least three other states -- Kentucky, Louisiana and Utah -- have also passed abortion bans, but they have been blocked in court and are awaiting hearings.

On Aug. 2, Kansas voters will get a chance to vote on the Value Them Both constitutional amendment. If passed, it would remove constitutional protection for abortion and could allow lawmakers to regulate abortion in the state. The issue has fueled voter registration. The issue has led to theft of campaign signs and vandalism as well.

Meanwhile, Michigan and West Virginia had pre-Roe bans on the books that were never repealed and went unenforced for years. Judges have issued preliminary injunctions in court against both bans, while Michigan's governor has vowed to protect rights.

Mary Ziegler, a law professor at the University of California, Davis, who specializes in the legal history of reproduction, told ABC News that "this is just the beginning" and she believes more states will pass laws banning abortion in the coming months and years.

She said lawmakers wrote several of these abortion laws under the assumption they would not be legally allowed to actually go into effect. Now that Roe is overturned, some states want to make them even more stringent.

For example, in Indiana, the Republican-led Senate has proposed eliminating its current 22-week ban and replacing it with a total ban on abortion with limited exceptions. Additionally, in Missouri, where a total ban already exists, lawmakers want to go a step further and make it illegal to "aid or abet" out-of-state abortions.

"So, since Roe has been overturned, there's been literally like a cottage industry of abortion opponents producing new model laws and proposals for how to actually enforce an abortion ban, or eliminate exceptions to abortion bans, or enhance punishments for abortion," Ziegler said.

While some states have been restricting the right to an abortion since Roe's reversal, others have been strengthening it.

The governors of Colorado, Maine and North Carolina signed executive orders certifying the right to obtain or perform an abortion.

"A woman's right to choose is just that -- a woman's, not a politician's," Maine Gov. Janet Mills said in a statement at the time of signing. 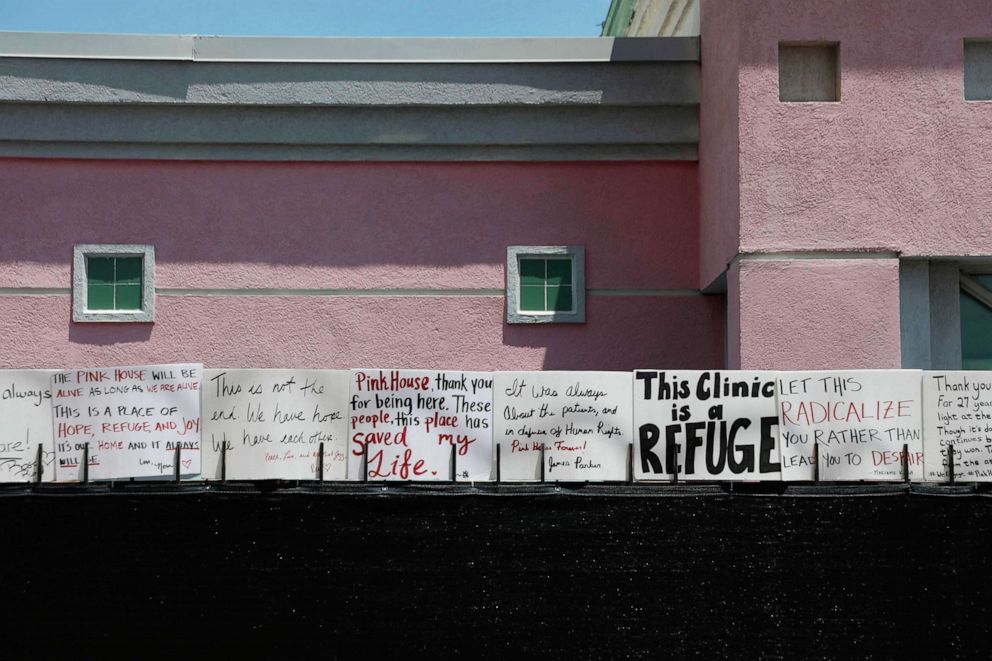 Governors in all four of the above states as well as Massachusetts, Minnesota, New Mexico, North Carolina, Rhode Island and Washington signed executive orders protecting people who seek or provide abortions from criminal or civil investigations or charges.

In North Carolina and Delaware, neither patients nor providers will be penalized for inquiring about abortions as well as providing or receiving abortion care.

The governors of Colorado, Maine, New Mexico and Rhode Island said they will not cooperate with investigations in other states of people who received or performed abortions in their own states.

Additionally, Govs. Charlie Baker of Massachusetts and Tim Walz of Minnesota said they will not cooperate with extradition attempts for those who obtained or provided abortions in their respective states.

Baker's order also protects providers from losing their licenses due to out-of-state charges relating to abortion.

In Washington, Gov. Jay Inslee signed a directive forbidding the Washington State Patrol from cooperating with investigations related to abortion in states with restricted access.

Earlier this month, President Joe Biden signed an executive order directing federal agencies to take steps to safeguard abortion access including protecting patient privacy, promoting the safety of providers and clinics and strengthening the mandate set by Obamacare that birth control continue to be covered by insurance. Biden has said his power to protect abortion is limited but fellow Democrats and abortions rights advocates have been pressuring the White House to codify abortion rights.

Abortion providers in states where the procedure is legal say the makeup of their patients has somewhat changed.

Pro-Choice Washington, a non-profit organization focused on advocacy for reproductive freedom in Washington state, expects a 400% increase in patients seeking care from out of state following Roe's reversal. One New Mexico clinic said 75% of their patients come from Texas, which has a total abortion ban.

Dr. Lisa Harris, a professor of obstetrics and gynecology at the University of Michigan, said she has seen more out-of-state patients for abortions than ever before in her almost 30-year career.

Before Roe was overturned, Harris said, typically about three-quarters of her patients seeking abortions were in-state and one-quarter were out-of-state.

"Most of the patients I took care of last week seeking abortion care came from three different states where they had appointments scheduled on the day the decision was released or shortly after and were unable to get abortion care," she added.

She continued, "And it took a couple of weeks for them to find and set up care somewhere else, which happened to be Michigan."

Michigan is one of several states that had an abortion law predating Roe that was never repealed. In Michigan's case, the 1931 law makes providing an abortion a felony, including in cases of rape and incest. The only exception is if the mother's life is in danger.

A judge issued a temporary injunction in May blocking the ban as a lawsuit Planned Parenthood filed against the state plays out. Michigan Gov. Gretchen Whitmer also filed a lawsuit in April to stop the ban and ask the state's Supreme Court to recognize abortion as a constitutional right.

Last month, Whitmer filed a motion asking for the court to immediately consider her lawsuit. It's unclear when a hearing will be held.

The lawsuit has been criticized by groups that oppose abortion rights. Barbara Listing, president of Right to Life of Michigan, referred to the lawsuit as "frivolous" and called on the court to dismiss it. 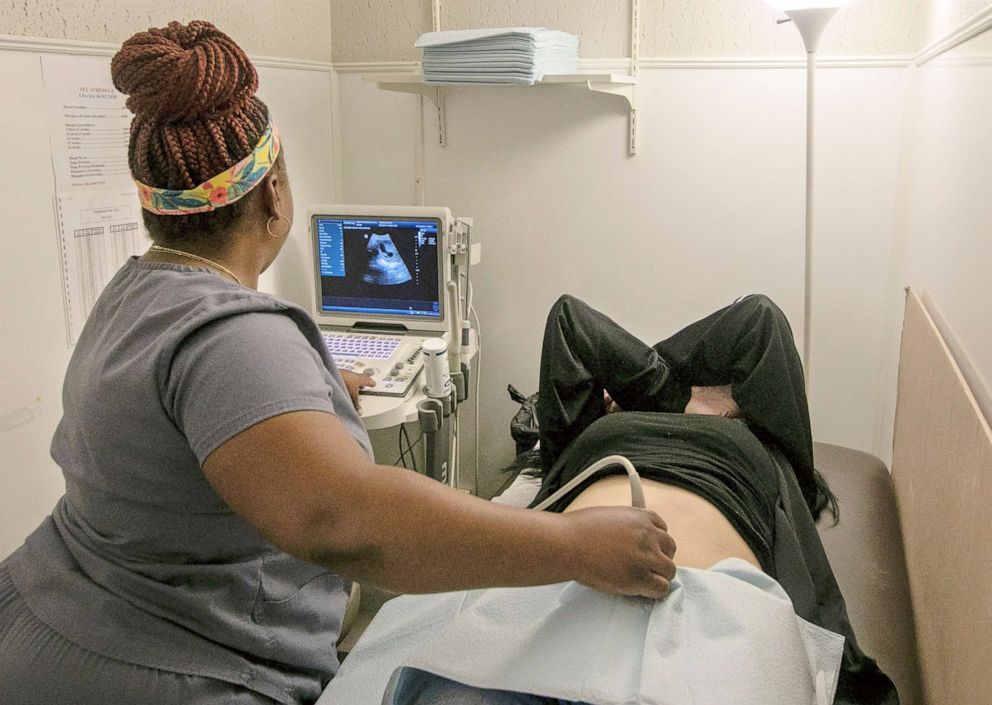 Harris also said this is the first time she has ever had to tell patients who schedule appointments that she can't guarantee they will be seen if the injunction is lifted.

"When we meet a patient, we've had to say, 'We will schedule you, but there is a chance that when next week rolls around, abortion will no longer be legal in Michigan and we won't be able to care for you,' which causes a great deal of stress, as you can imagine, and people try to make contingency plans," she said.

Harris is also worried about what qualifies as a life-saving abortion under the save the mother's life exception if the Michigan ban is upheld.

"In Michigan, our ban permits abortions to preserve the life of the patient, but it's unclear what the means and does that mean they have to be imminently dying?" she said. "What if the risk was later if they continue in their pregnancy? Does it need to be a 100% chance that they would die? What if it's 50%?"

She said she thinks it will start to be clear about what qualifies as a life-saving abortion "as doctors begin to be prosecuted."

Some women are turning to sterilization

Dr. Charisse Loder, a clinical assistant professor of obstetrics and gynecology at Michigan Medicine who specializes in sterilization, told ABC News she has seen an increase in the number of patients coming in requesting sterilization procedures since Roe was overturned.

Before the Supreme Court decision, Loder said she saw one to two patients a week to discuss sterilization. In the weeks since, she has seen anywhere from four to six patients a week. 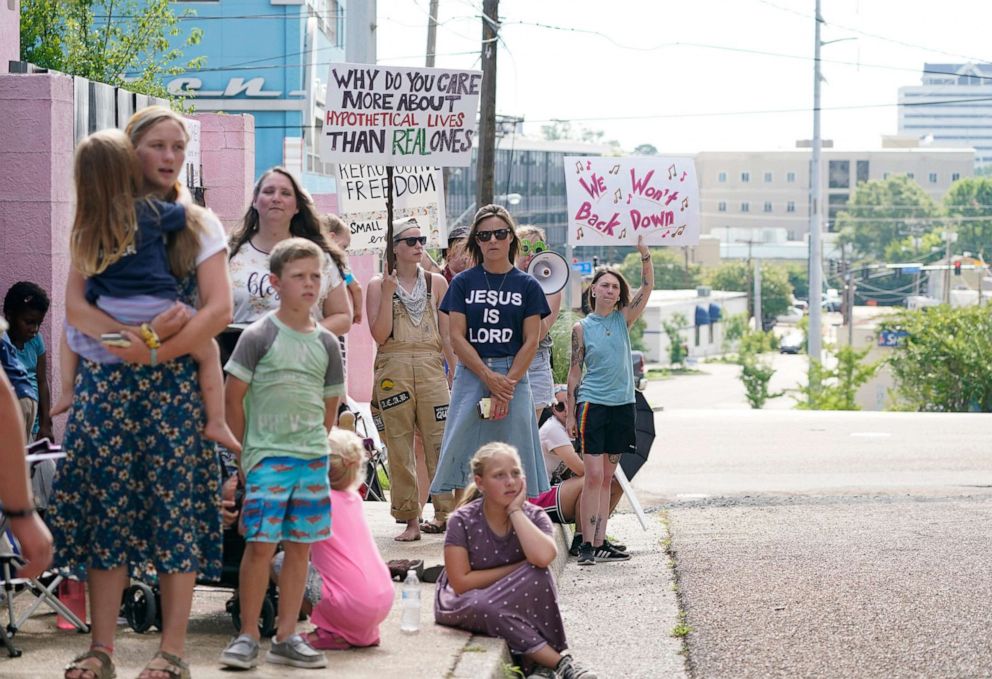 Loder said many of her patients were on other types of birth control, including condoms, pills and IUDs, but wanted to switch to a method with a lower failure rate following the reversal of Roe.

"I've had patients say things like, 'I just can't take any chances now,' or, 'I don't know what the future holds,'" she said.

She added some patients were also fearful that access to birth control would be lost after reading a concurring opinion written solely by Justice Clarence Thomas in which he called for the reconsideration of Griswold v. Connecticut, which established the right of married couples to use contraception.

On Thursday, the House passed a bill that would protect access to birth control nationwide. The bill passed 228-195 with eight Republicans joining the Democrats.

"So, patients [asking for sterilization] have said, "I don't know if in the future I'll need my partner's permission to use birth control,'" Loder said. "One patient told me, 'I can't trust the government to protect me.'"

On Tuesday, July 26, KAKE News is putting together special stories to help give you the best information about the August 2nd primary and the constitutional amendment. A team of political experts will help explain what is taking place and answer your questions. Catch the coverage at 6:30 p.m. on KAKE News.