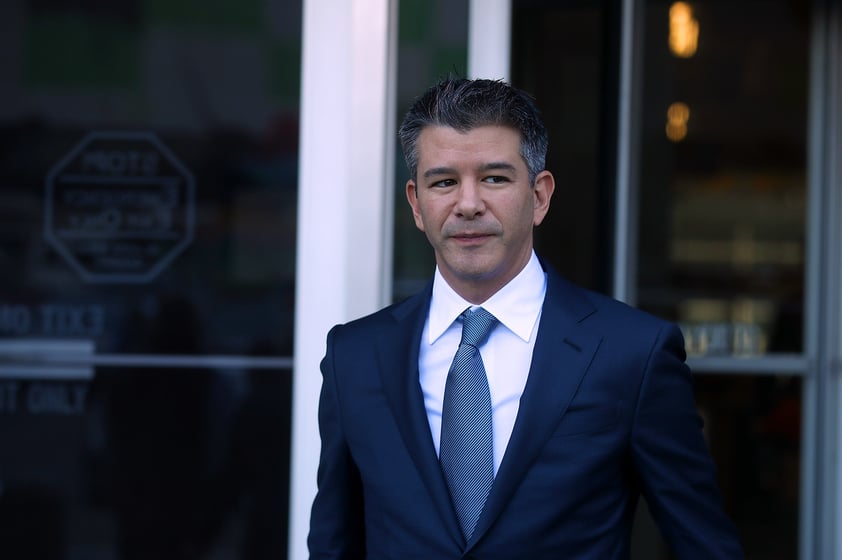 (CNN) -- Hundreds of thousands of leaked Uber documents obtained by The Guardian and shared with a consortium of news outlets show how during its most aggressive period of growth, the ride-hailing company reportedly employed secret technology to thwart police investigations, sought favors from high-ranking government officials and even perceived a silver lining in possible violent clashes between its drivers and taxicab operators.

The reports by members of the International Consortium of Investigative Journalists, of which CNN was not a part, renew global scrutiny of Uber's most controversial days from 2013 to 2017 — a period the company has attempted to move past in recent years with new leadership. Under then-CEO and cofounder Travis Kalanick, Uber openly tussled with regulators and taxi drivers amid a cutthroat campaign of worldwide expansion.

In 2016, during mass anti-Uber demonstrations by taxi operators in Paris, Kalanick had been discussing holding a rally of Uber riders and drivers in the city, according to The Washington Post. Kalanick is said to have privately suggested that any violent backlash to the potential event would be "worth it" and would "guarantee success" for the company, according to the leaked documents. The leaked documents reportedly show how Uber appeared to capitalize on attacks against its drivers more generally, by citing them "to secure meetings with politicians and push for regulatory changes," the Post reported.

In a wider statement to the consortium responding to a number of the reports, Devon Spurgeon, a spokesperson for Kalanick, said the former CEO "never suggested that Uber should take advantage of violence at the expense of rider safety." Spurgeon confirmed the statement to CNN Business but declined to comment beyond it.

Uber also reportedly used a "kill switch" to prevent company data from falling into the hands of law enforcement during numerous police raids in various countries, according to The Guardian, on a much wider basis than was previously known. The kill switch was reportedly deployed in six countries, including France, the Netherlands, Belgium, India, Hungary and Romania, severing connections between Uber's computers in its local offices from the company's main cloud network. Spurgeon's statement to ICIJ said use of the tool had been approved by Uber's legal and regulatory teams and that it was never "designed or implemented to 'obstruct justice.'"

As part of its worldwide lobbying effort, the BBC reported, Uber cultivated close ties with Emmanuel Macron, who at the time served as France's economic minister and met at least four times with Kalanick. The pair reportedly developed a first-name-basis relationship and Macron told Kalanick he could help make changes to French law that would be favorable to the company. The BBC cited a statement from Macron's spokesperson saying his job at the time "led him to meet and interact with many companies engaged in the sharp shift ... in the service sector, which had to be facilitated by unlocking administrative and regulatory hurdles."

And in an ultimately unsuccessful effort to expand into Russia, Uber and Kalanick tried to cozy up to oligarchs and allies of Russian President Vladimir Putin, according to the ICIJ. While the leaked documents do not suggest Uber violated US sanctions, The Washington Post said, "almost everyone with whom Uber allied then is under sanction for their alleged ties to Putin by US or European authorities." Spurgeon's statement to ICIJ said that during a 2016 visit to Russia organized by Uber's policy and business development teams, Kalanick "acted at all times lawfully and with the clear approval and authorization of Uber's legal team."

Kalanick resigned as CEO of Uber in 2017 after months of PR crises, including over a tool it reportedly built to help drivers dodge law enforcement in cities like Portland, Oregon, where it was not allowed to operate. Uber has since tried to turn a new leaf, replacing Kalanick with Dara Khosrowshahi, the former CEO of Expedia.

In a statement posted on its website, Uber distanced itself from its "mistakes prior to 2017," which the company acknowledged "culminated in one of the most infamous reckonings in the history of corporate America."

"We have not and will not make excuses for past behavior that is clearly not in line with our present values," Uber spokesperson Jill Hazelbaker said in the statement, adding that 90% of Uber's current employees arrived to the company after the leadership change.

But the leaked documents show that despite Uber's attempts to move on from its past, the company may continue to be haunted by it far into the future.