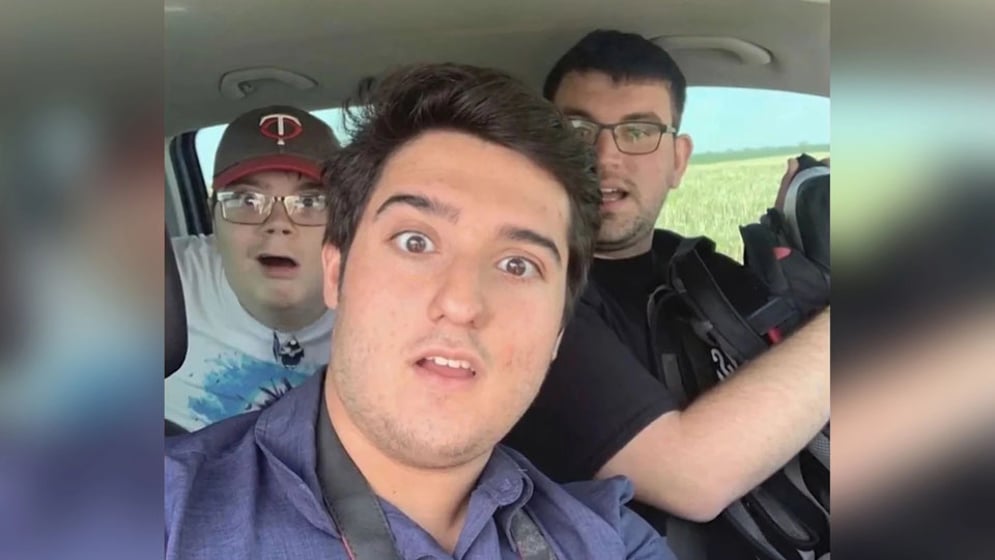 (CNN/KAKE) -- Three University of Oklahoma meteorology students were killed late Friday night when their vehicle hydroplaned and was struck by a tractor-trailer, according to the Oklahoma Highway Patrol.

The three students were returning from a storm-chasing trip in Kansas, OHP spokesperson Sarah Stewart confirmed to CNN.

Drake Brooks, 22, Nicholas Nair, 20, and Gavin Short, 19, all died at the scene in Kay County, Oklahoma, just south of the Kansas border and some 70 miles from the Wichita area, where a powerful tornado leveled dozens of buildings.

The weather was rainy and roads were wet at the time of the students' crash, the OHP said.

All three were students at the university's College of Atmospheric and Geographic Sciences.

Daniel Carter, a University of Oklahoma student who was friends with the victims, told CNN that Brooks, Nair and Short were on an app that showed their location. When Carter noticed they had not moved from the same spot on a highway for more than half an hour on Friday night, he said he hoped they were stuck in traffic.

But Carter and his friends began calling every hospital within 200 miles, he said. Roughly six hours later, they found out their friends had died.

"We're grieving," Carter said. "All three of those guys were lights to the world."

Video posted on social media Friday from the accounts of Nic Nair and Gavin Short showed an apparent tornado near Herington, Kansas -- about 70 miles northeast from Wichita.

Joseph Harroz Jr., the university's president, said there were "no words to express the deep sadness there is in the #OUFamily today."

In a separate statement, the College of Atmospheric and Geographic Sciences said their community is "very much a family" and urged students to "come together in kindness and heartfelt support for one another."

In a tribute posted on Facebook, Carter described Short as "one of the smartest" and brightest people he had met. "He made me smile every single time I saw him," Carter said.

Carter described Nair as very popular. He told CNN many people called Nair "Mr. OU" because "everywhere he went he would have to stop and talk to people he knew."

And though Carter said he didn't know Brooks as well as the others, they had shared several conversations about weather and video games.

"These three young men are people I strive to be like every single day," Carter wrote in his tribute.

A spokesperson for the university said the storm-chasing trip was not sponsored by the school.

"The university is devastated to learn of the tragic passing of three students," a statement from the university said. "Each were valued and loved members of our community. At this time, we ask the public to respect the privacy of their families."

The accident is under investigation, according to the OHP.