The midterms will decide the future of the January 6 investigation 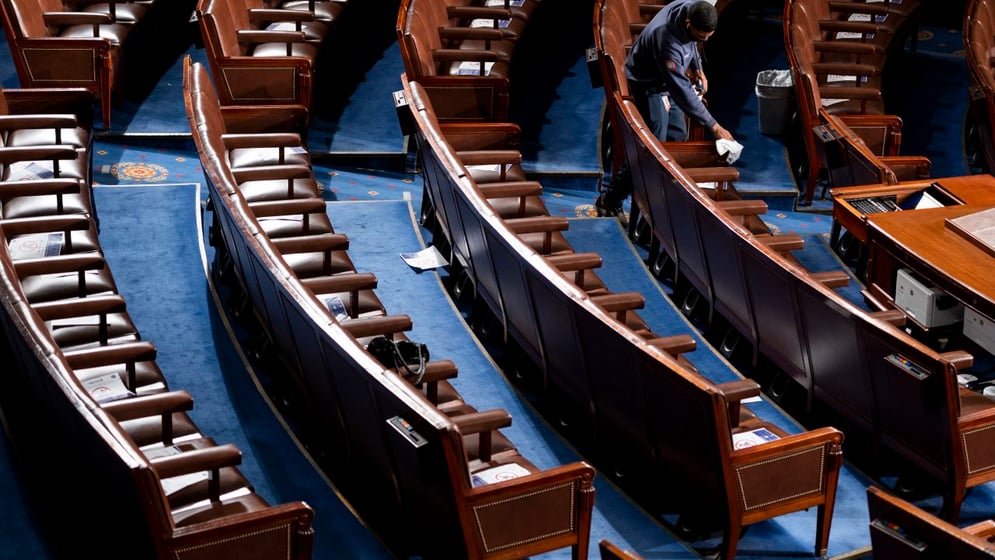 CNN — The House committee investigating the January 6, 2021, insurrection at the US Capitol is racing against a political clock to get to the bottom of what happened that day, and in the lead-up to the attack.

While two Republicans sit on the nine-member panel, it’s a committee created by a Democratic-controlled House that GOP leadership has tried to discredit. One of those Republican panelists, Rep. Liz Cheney of Wyoming, is facing a primary challenger backed by former President Donald Trump. The other, Rep. Adam Kinzinger of Illinois, is not running for reelection. And the January 6 committee itself is likely to be disbanded if Republicans win back the House in November.

So how likely are Republicans to win this fall? Historically, very likely. The party in the White House traditionally loses seats in the first midterm election of a new president’s term. In fact, the president’s party has lost an average of 30 House seats in midterm elections over the last 100 years, according to Inside Elections with Nathan L. Gonzales. Republicans only need a net gain of five seats to win the chamber this year.

A reminder: A net gain of five seats is not the same thing as winning five seats. A party needs at least 218 seats to win control of the House. While Republicans are trying to flip seats this year, so are the Democrats – so any GOP wins will have to be offset by any losses they incur.

That said, losses are not a huge concern for Republicans right now. Given the historical trends working in their favor and the fact that President Joe Biden’s approval rating is 40% in the latest CNN average of national polls, the national environment seems to be working in their favor. And the uptick in retirement announcements by several longtime Democratic incumbents in recent months is a telling sign they weren’t looking forward to serving in the minority.

But it’s not all bad news for Democrats. The House map is not as favorable to Republicans as the majority party feared it could have been. The once-a-decade redistricting process is nearly complete (except for a handful of states), which has resulted in new congressional lines that Democrats think give them a shot at holding their majority.

Overall, the biggest takeaway from redistricting is that the number of competitive House seats has shrunk, which means that in most states, primaries – rather than general election contests – will be the main event.

Several states are hosting member-on-member primaries, in which two incumbents are running in the same district, either because their state lost a seat in redistricting or they were drawn into the same seat for partisan reasons. While those races can provide plenty of intraparty drama – and in some cases, a test of Trump’s enduring influence over the GOP – they’re mostly not expected to have any effect on the general election. In West Virginia, for example, two Republican incumbents – one who objected to certifying the 2020 presidential election and one who did not – are facing off in a heavily Republican district. Regardless of who wins the May primary, the seat is highly unlikely to fall into Democratic hands in November.

Some states hold open primaries – in which candidates from all parties run on the same primary ballot with the top two or four candidates advancing to the general election. One of those states is Alaska, where former governor and 2008 GOP vice presidential nominee Sarah Palin is running in a special election for the state’s at-large seat left vacant by the death last month of Republican Rep. Don Young. Barring any primary surprises, Republicans are expected to hold this seat.

How gerrymandering makes the US House intensely partisan

Just 61 House races (out of 435) are currently rated as competitive by Inside Elections. Of those, only 16 are rated as Toss-up races – seven seats held by Republicans, eight held by Democrats and one new seat in Colorado.

A smaller landscape of competitive races means Republicans will be reaching deeper into Democratic territory to look for pickup opportunities. On Wednesday, for example, the National Republican Congressional Committee, the campaign arm of the House GOP, expanded its list of targets to 72 Democratic-held or newly created seats, including districts that now-President Joe Biden carried by double digits in 2020. Of course, these target lists evolve over time and don’t necessarily reflect where money ends up getting spent.

On the same day as the NRCC announcement, House Majority PAC – the leading Democratic super PAC focused on House races – publicized TV and digital advertising reservations of more than $100 million across 50 media markets. That’s nearly double the amount the group made in initial reservations in 2020.

A top focus for Republicans is sure to be the Democratic-held seats that Trump won in 2020. That includes districts represented by Reps. Jared Golden of Maine, Cindy Axne of Iowa and Matt Cartwright of Pennsylvania, all of whom are in for tough races this fall.

But the majority of the NRCC’s targets are seats that Biden won. That goes to show just how few “crossover” districts – those that voted one way for president but backed a US House representative of a different party – are left for Republicans to try to flip.

Increasingly nationalized and partisan elections have done away with the likes of former Minnesota Rep. Collin Peterson, a Democrat whose district voted for Trump by the biggest margin – 30 points – in 2016. But after narrowly holding on to his sprawling, rural district in 2018, the chairman of the House Agriculture Committee went down in 2020.

Republicans were encouraged by their gains with Hispanic voters in 2020 and hope that trend continues this year, especially in places such as Texas’ Rio Grande Valley, where several House seats are in play.

They’re also hoping they may be able to make a play for some of the traditionally GOP-leaning suburban districts that moved away from them during the Trump era.

Democratic retirements have also set up a few enticing pickup opportunities for Republicans. Retiring Illinois Rep. Cheri Bustos, the former chair of the Democratic Congressional Campaign Committee, has often touted her success in a Trump-voting district. Pennsylvania Rep. Conor Lamb, who is running for Senate, talks up his record of winning in Trump country. But both are leaving behind seats that will see competitive races, according to Inside Elections.

Democrats hoping to maintain their House majority need to defend the seats they have, while also looking to pick up a few more to help offset the inevitable losses they’re likely to incur in a midterm year with their party holding full control of Washington (the White House, Senate and House).

House Democrats’ top defensive holds are incumbents the DCCC calls “Frontline” members. Many of these incumbents have had tough races before, and some of their districts became more favorable in redistricting, although perhaps not enough to ensure a comfortable reelection in a difficult national environment.

Golden, a two-term incumbent from Maine, for example, has a history of overperforming the top of the ticket. His district’s White working-class voters twice backed Trump, while Golden won reelection in 2020 by 6 points. But even if he’s bucked the national Democratic Party on certain major votes in Washington, he’s still in for a tough race, potentially facing off against a better-funded and more organized opponent than he did two years ago. Former GOP Rep. Bruce Poliquin, whom Golden unseated in 2018 under Maine’s ranked-choice voting system, is running again. Inside Elections rates the race a Toss-up.

Many of the DCCC’s Frontliners who won in 2018 – when Democrats flipped the House during Trump’s presidency – are used to raising huge sums of money. They set new quarterly records for hauls in the millions that put even some Senate candidates to shame. But not all Democrats who potentially face competitive races this year after redistricting are accustomed to that level of campaigning. Two longtime incumbents, Reps. Sanford Bishop of Georgia and Marcy Kaptur of Ohio, haven’t faced competitive elections in years.

Democrats believe they can remain competitive in the suburbs, which soured on Republicans under Trump. Still, Trump is not in office or on the ballot, which will be a test of whether Democrats can sustain base voter enthusiasm without him.

Democrats are also eyeing pickup opportunities, especially in GOP-held seats that Biden won. That includes a handful of districts in California and New York, although there’s new uncertainty over the district lines in the Empire State after a judge blocked the Democratic-drawn map on Thursday.

And even if Trump isn’t on the ballot this year, he’s proving he still wants to be a force in GOP politics. For Democrats, that’s good news if he helps drive GOP candidates to the right in getting through primaries for competitive seats. In Michigan, for example, he’s backing a primary challenger to freshman Rep. Peter Meijer, who voted to impeach Trump, in a district that could be harder for Republicans to hold without the incumbent.