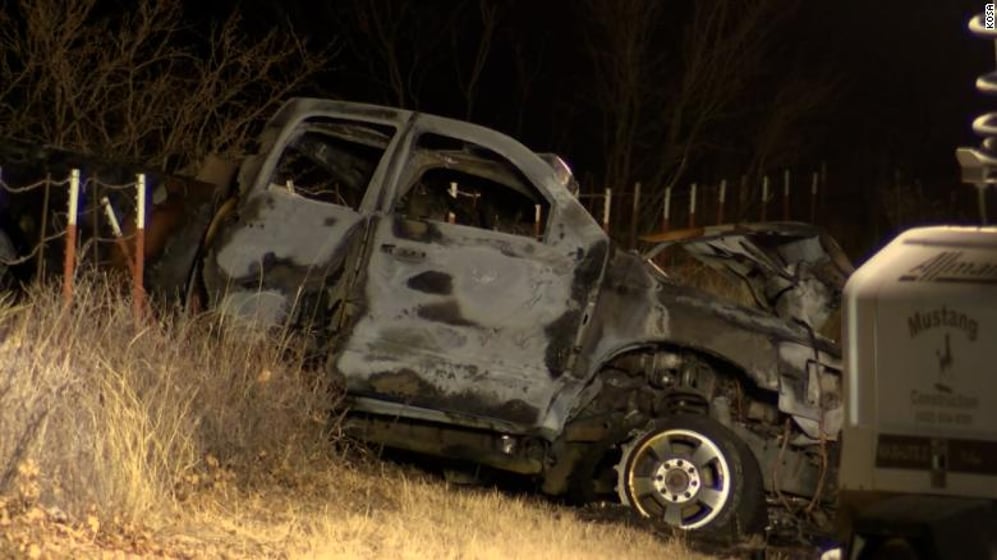 ANDREWS, Texas (AP) — The Texas Department of Public Safety says nine people were killed in a head-on collision in West Texas, including six students and a coach from a New Mexico university’s golf teams.

Sgt. Steven Blanco says a pickup truck crossed the center line of a highway and crashed into a vehicle carrying members of the University of the Southwest men’s and women’s golf teams. They had been returning from a tournament in Midland, Texas.

Blanco says six students were killed, along with a faculty member. The driver of the pickup and its passenger were also killed. He says two students were taken by helicopter to a Lubbock hospital in critical condition.

A vehicle carrying members of the University of the Southwest’s golf teams collided head-on with a pickup truck on a two-lane road in West Texas, killing multiple people including some students and the teams’ coach, officials said.

The vehicles crashed Tuesday night in Andrews County and Sgt. Steven Blanco of the Texas Department of Public Safety told KWES-TV there were fatalities in both vehicles, but the number of dead wasn’t immediately released.

A bus was carrying members of the New Mexico university’s men’s and women’s golf teams from a tournament in Midland, Texas. The school said in a statement that nine people, including the coach, were on board the bus and that initial reports indicated that seven of them were killed, but the investigation was still underway.

Two passengers were in critical condition at a Lubbock hospital, the school said.

“We are still learning the details about the accident but we are devastated and deeply saddened to learn about the loss of our students’ lives and their coach,” University President Quint Thurman said in a statement.

The University of the Southwest is a private, Christian college located in Hobbs, New Mexico, near the state’s border with Texas. The teams had been scheduled to play in a tournament Tuesday at Midland College, about 315 miles (505 kilometers) west of Dallas.

The university said on Twitter that it was working to notify family members of those involved in the crash, and counseling and religious services would be available on campus.

The crash happened in the same area — but not the same roadway — where three people were killed in November when a pickup truck crashed into a school bus carrying members of the Andrews High School band.

The high school’s band director, the school bus driver and the driver of the pickup truck all died in that crash.