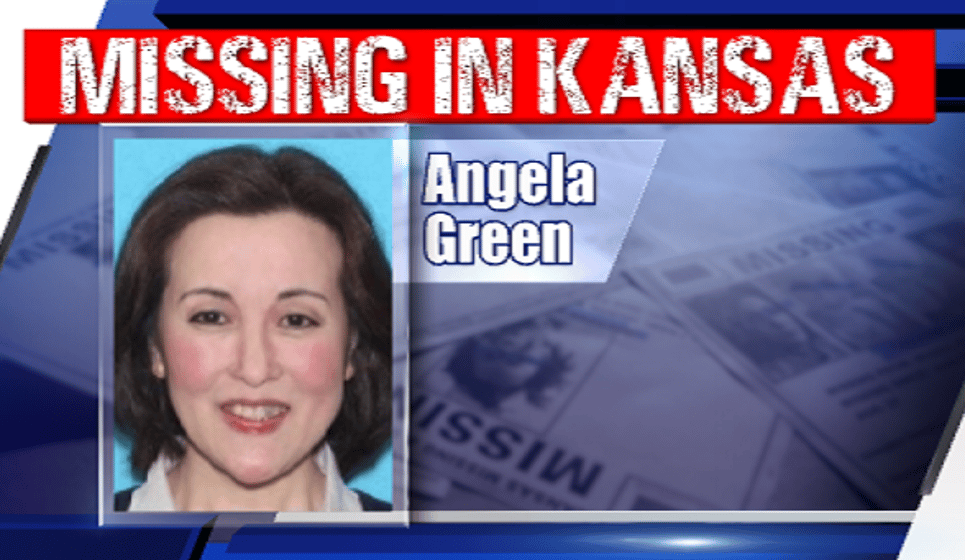 Investigators are waiting for lab results from evidence involving the disappearance of a northeast Kansas woman. Angela Green was last seen in 2019, and her case has gripped national headlines.

The last time anyone saw her was on June 19, 2019, in Prairie Village. Angela’s daughter, Ellie, has been vocal about the case. She said she got into an argument with her mom and left the family’s home that summer, after Angela asked Ellie to leave.

This was the last time Ellie saw her mom.

A few days later, Ellie said her father, Geoff Green, told her that Angela was admitted to a mental health hospital. The daughter tried to get more information about her mom’s whereabouts, but was not able to find out more. Not long after, he told her that Angela died in the facility’s care, according to a report with Fox 4 KC. She initially accepted what her dad said, but Ellie pressed for answers. There was no funeral for Angela, and the State of Kansas has no record of death certificate.

Family asked the police to conduct a welfare check on Angela. When the department did, Geoff said his wife was alive and ran away with a friend. However, family said Angela’s personal belongings were left behind, including her purse, phone, passport, driver’s license and car. She also had not removed any money from her bank account since she was last seen, her family shared online.

An official missing person case was filed by February 2020.

By March 2020, police served search warrants connected to Geoff Green. Police looked at the family home and a storage facility, where he kept vintage cars. At another point, they searched the family’s Lawrence home.

There has been movement with the case. As of January 2021, Det. Sgt. Adam Taylor said Prairie Village Police has tracked more than 150 leads and continues to look for answers.

“We are working with the FBI right now, the KBI and their crime lab because we have evidence that is out there, and we are just waiting for results to come back,” Taylor said, in a Fox 5 KC report on Jan. 8.

Taylor said while they need the public’s help, the department needs the husband’s cooperation the most. He has not helped detectives in the search for Angela.

Geoff Green has a criminal defense lawyer, who has no comment on the case and will not comment until Geoff Green is charged with a crime, Fox 4 reports.

The family has created a Facebook page to help generate interest in the case.

If you have information that could help the case, contact the Prairie Village Police Department at (913) 642-6868, Crime Stoppers TIPS Hotline with your anonymous tip at (816) 474-TIPS (8477) or the Kansas Bureau of Investigation at (785) 296-4017. KAKE News features the story of a missing person every weekday in our newscasts at 6 a.m. and 5 p.m. If you have a person you’d like for us to share a story about, please contact Anchor Annette Lawless at [email protected]