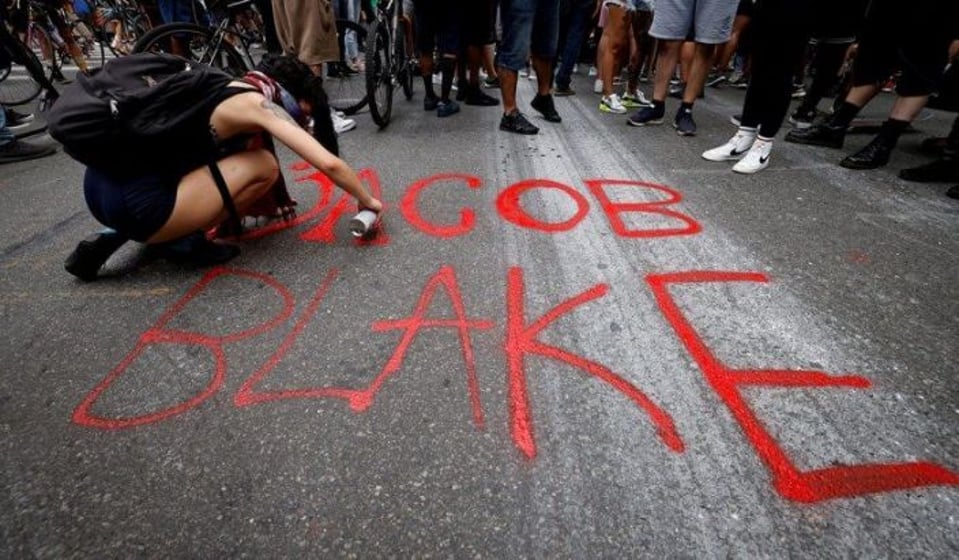 (KAKE/YAHOO) -  During his first television interview since police shot him in the back, Jacob Blake admitted that he not only had a knife in his possession at the time of the shooting, he had "dropped" it before picking it up once more.

“I realized I had dropped my knife, had a little pocket knife. So I picked it up after I got off of him because they tased me and I fell on top of him,” Blake explained to ABC's Michael Strahan in an interview that aired on ABC’s Good Morning America (GMA).

“I shouldn’t have picked it up, only considering what was going on,” he continued. “At that time, I wasn’t thinking clearly.” In early January, Kenosha County district attorney Michael Graveley said that he would not file charges against the officer who shot Blake seven times, because the he was acting in self-defense against an armed assailant. Blake had a history of resisting police arrest using a knife.

Blake’s admission flies in the face of past statements from his family and attorneys, who vehemently denied that he had a knife on him when police shot him on August 23, in an incident that came about from a 911 call made by the mother of Blake’s children, who told police that Blake was attempting to leave the area with two of his sons.

“My son didn’t have a weapon,” Blake’s father told the Chicago Sun-Times for an August 25 story. Patrick Salvi Jr., an attorney for the Blake family, told CNN that Blake didn't have a knife. “Witnesses confirm that he was not in possession of a knife and didn’t threaten officers in any way,” said Ben Crump, Blake's attorney, on August 27th.

On the day the incident happened, Blake had a warrant out for his arrest on several charges, including trespassing, disorderly conduct and third-degree sexual assault. The 9-1-1 operator gave the police this information. With the outstanding felony charges, police had to take Blake into custody; it is required by law.

The shooting went viral on social media after being someone recorded it. The video showed officers screaming at Blake to “drop the knife.” Over the next several days — which included deadly violence, rioting, and looting — the Wisconsin Department of Justice Division of Criminal Investigation revealed that Blake admitted to having “a knife in his possession.”